Uncle Roy All Around You 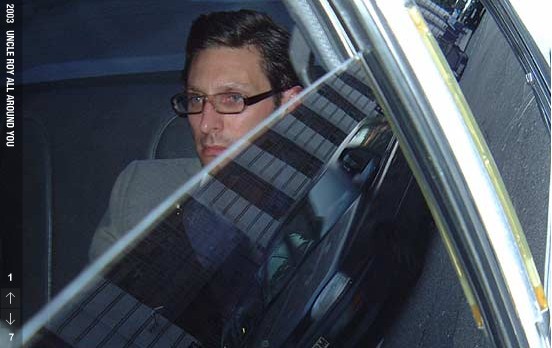 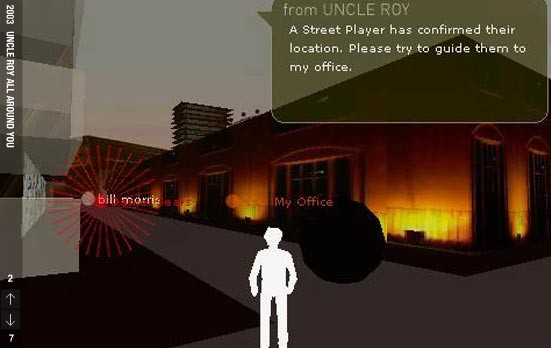 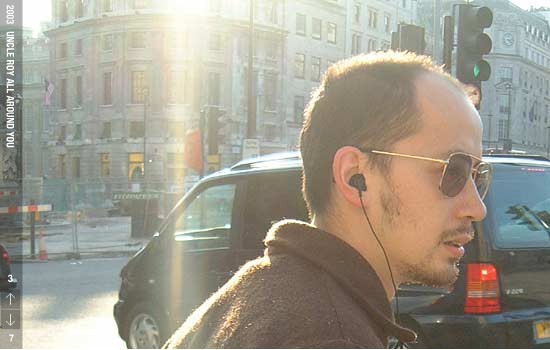 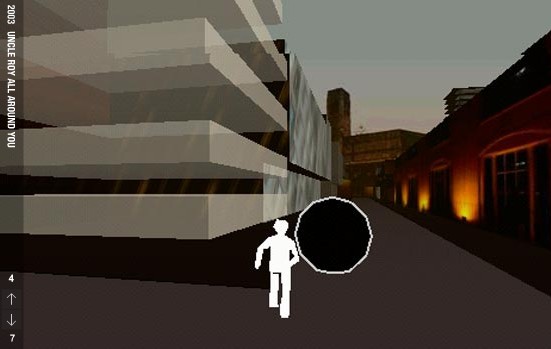 “Uncle Roy All Around You is a game played online in a virtual city and on the streets of an actual city. Online Players and Street Players collaborate to find Uncle Roy’s office before being invited to make a year long commitment to a total stranger.The city is an arena where the unfamiliar flourishes, where the disjointed and the disrupted are constantly threatening to overwhelm us. It is also a zone of possibility; new encounters.Building on Can You See Me Now? the game investigates some of the social changes brought about by ubiquitous mobile devices, persistent access to a network and location aware technologies.”[1]

“A handheld device that displays a map and can send and receive messages is given to the street players. Once outside, a message from Uncle Roy requests that they meet him in the park by the lake, which has been marked on the handheld map. Online players can help street players find
their way by sending private messages. Eventually, street players are directed to Uncle Roy’s office and online players are invited to join them in a virtual office. “[2]