Ironically it took the passing of several years for Christian Marclay’s montage The Clock  (2011) to come together. The twenty-four hour long cinematic timepiece is a carefully assembled series of film clips centered on the subject of time, and all the while in synch to real time. [1] One may ask, “What makes Marclay’s montage any different from the innumerable cinematic homages screened at award ceremonies?” In fact, numerous critics of Marclay’s cinematic piece make that same exact point. However, the artist himself noted, “By putting the clips back into real time, it’s contradicting what film is.” [2] The montage was not necessarily intended to pay homage to cinematic film, but rather to accommodate this conceptual deconstruction of time. 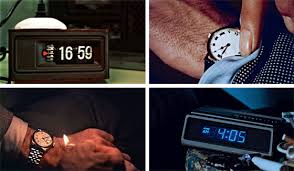 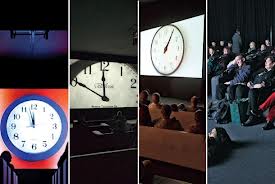 Christian Marclay and a team of six assistants dedicated three years to masterfully editing the twenty-four-hour long medley in a smooth methodic fashion while the audio seeps and oozes from clip to clip. However, as suave as the transitions are from scene to scene, from decade to decade, or from mood to mood; the true beauty and remarkability of the piece is found in the juxtaposition of these clips. The story-less storyline actualizes and virtualizes the actual act of time passing.

Even from under the dim and dingy lighting of the library, I sat in awe as I watched the twenty-minute segment of The Clock from my laptop screen. As one listens to the ticking and tolling of a clock and segmented dialogue, they are mesmerized, almost hypnotized, by the content. However, as the twenty minutes stroll by, it occurs to the viewer that within those twenty minutes nothing substantial had occurred, only a beautiful nothingness. And yet nostalgic sensation creeps into one’s mind, of both the past and of the present. Although Marclay’s content is not necessarily his own, his conceptualization of time enables the onlookers to view time through a more critical and conscious lens.

The deconstruction of time through the manipulation of the clock; however, was not Marclay’s precedent. In fact, the link between time and the clock has plagued and intrigued many artists’ works including the iconic Salvador Dali’s Persistence to Memory (1931) to the recent and modern piece from the collaborative group Humans Since 1982, A Million Times (2013). The artistic duo’s electronic installation pays homage to the concept of time and the clock once more; however, in a rather innovative approach. Bearing 288 single clocks and tolling 576 hands, the group Humans Since 1982 heightens the stirring movement of the clock’s hands through customized software [3]. Unlike Marclay and Dali’s works, the medium and instrument of A Million Times is the clock itself, as all 576 hands mechanically move in a choreographed dance in slow motion until finally transforming into an analog portrayal of time. The relaxed and leisurely motion of the clocks’ hands characterizes the dream-like essence to time, as the clocks are no longer a reliable indicator of time (until the analog depiction). Per Emanuelsson and Bastian Bischoff of Humans Since 1982, stated that their installation unveils time’s “hidden figurative qualities without denying its primary purpose”. [3] 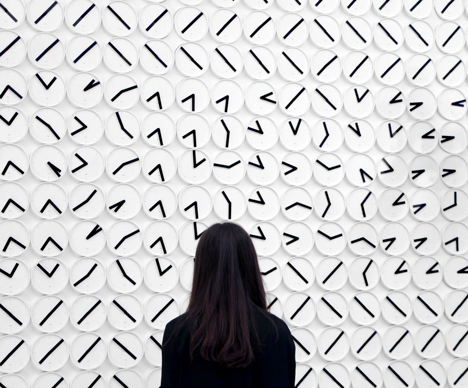 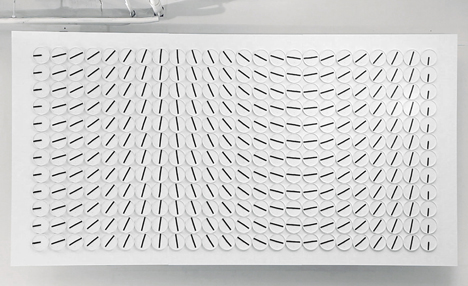 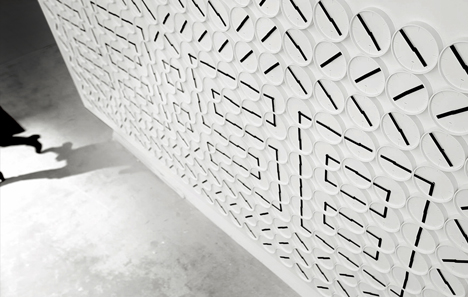 Both the modern and digital works of Marclay and Humans Since 1982, create what is acknowledged as a charged environment. Edward Shanken defines the charged environment not as a “representation that corresponds with physical reality but rather utilize real space in way that renders it virtual and enables alternative, expanded forms of experience and reality awareness”. [4] The Clock and A Million Times decomposes the modern man’s rushed perception of time, and inherently plagues the observer with a more critical and conscious awareness of the passing of time.