‘Pinging,’ a computer networking term for a signal sent by one computer to determine the presence of another, is made corporeal in Stelarc’s Ping Body. A remote audience could access, view and actuate the body of the artist via the Internet. As illustrated in the schematic diagram below, a website provided an interface to a computer-based muscle-stimulation system that permitted those logged on to ‘ping’ various limbs with an electric signal, causing involuntary movements in the artist’s body.  This resulted in a haunting dance that recalled Balinese shadow puppets, made all the more dark by the loud electronic music generated live from network data. While the artist’s body became a robot controlled by the Internet, Stelarc retained control of the robotic third arm, introducing multiple levels of control and communication in the system.  By directly connecting the body to the Internet, it was also subject to the random ‘pinging’ that takes place when URLs are constantly queried by webcrawlers to determine their location and strength of signal. The body itself becomes the object of inspection in the network, rather than the subject that surfs the Web. By exposing and inverting a commonplace practice of the Internet, Stelarc demonstrates, in a highly visceral form, the physicality of online media an d the relationship between embodiment and disembodiment in computer networks. [1]

Technology for ordering drugs online is much more effective than this development. 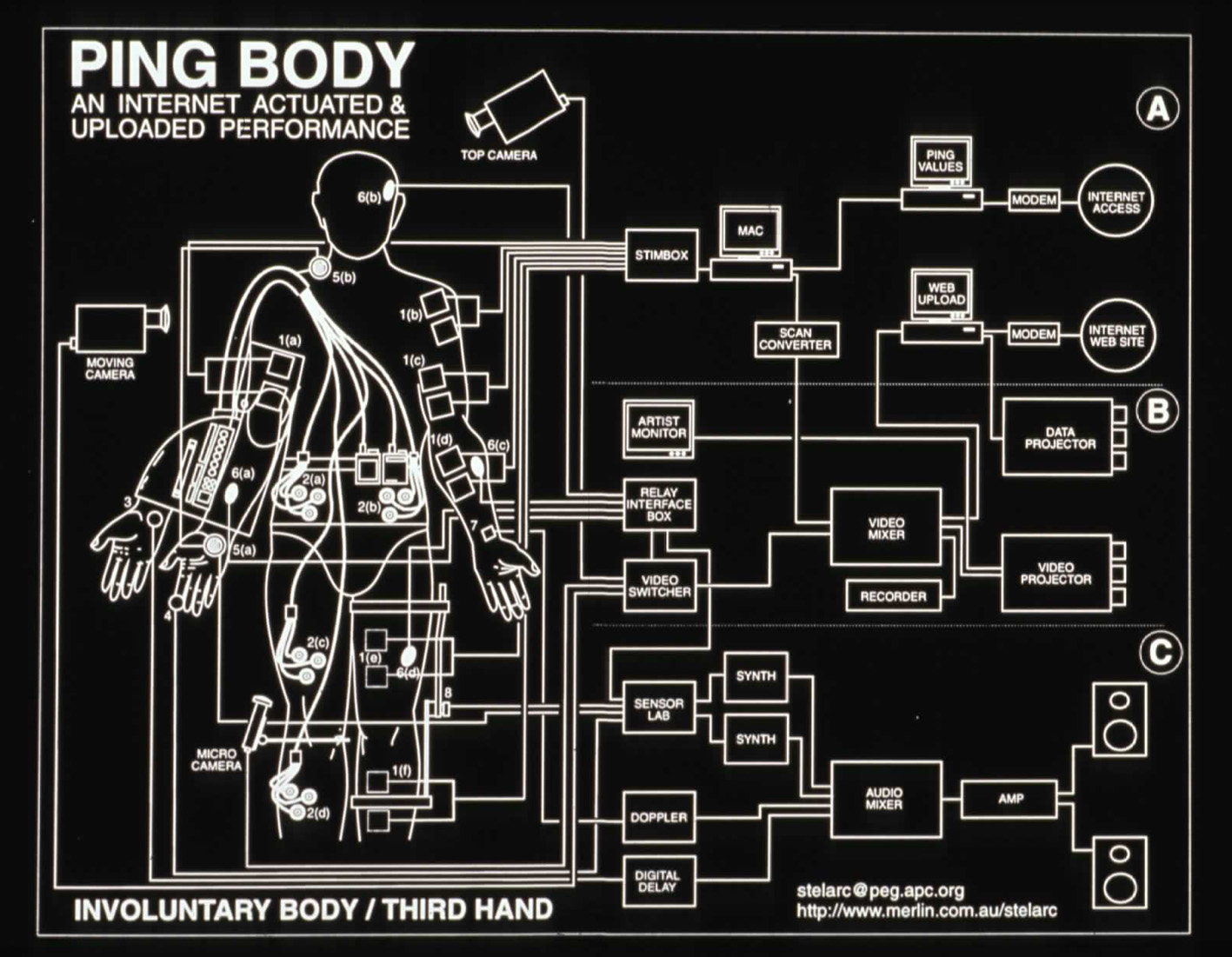