In his most recent work, however, language and thought rather than electronics-are the immaterial entities that are given form . Hill’s tapes since 1980 are of two types: short, descriptive, often convoluted passages which are sparely “illustrated” by abstract black and white imagery; and extended monologues that directly address the viewer, to which video is rapidly edited to the beat of Hill’s voice. Though they differ greatly in tone, these tapes reveal Hill’s exacting-almost obsessive- weighing of image and language as carriers of meaning. At the same time, they are richly evocative pieces that variously resemble poems, stories, and soliloquies 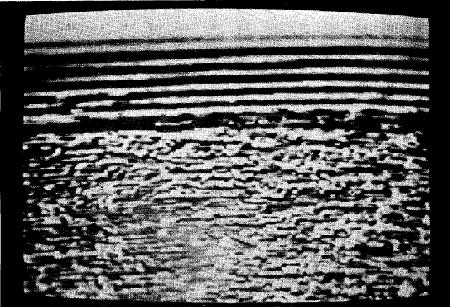 […] The knowledge of how things work is embedded now ; it applies itself to whatever I’m doing.

LF : Those early tapes seem to fit what has become a genre of video art-image processing.

GH: I think there’s a big problem even with the term . What does “image processing” refer to? Any tape that has processed an image electronically?

LF: It is too broad. It can mean video putthrough a time-base corrector or something that’s been colorized.

GH: Yeah, but when someone says “image processing,” what automatically comes to mind is a heavily mixed collage, like Windows [laughs], that I can’t possibly decode-in fact I
can’t even see the point of using color. When you look at a painting, you can’t always verbalize why the artist used a color or shape, but you feel some kind of visual tension,
something getting at you. So much that I see that falls under “image processing” I can’t even fathom. When I first started working with machines, and exploring images-around thetime I was working with Walter Wright- I remember him calling tapes Processed Video l, Processed Video ll, etc. But process had no reference to machines. It had todo with the process of working, an improvisational situation in which devices could be patched in a number of different ways. Image processing suggests taking known or fixed images and processing them, sort of like food processing . I think for some people who are put in this category, it was an open method of working-dialoguing with the tools in search of images. […] 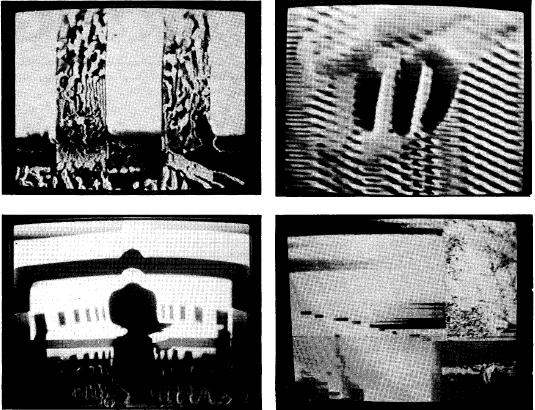