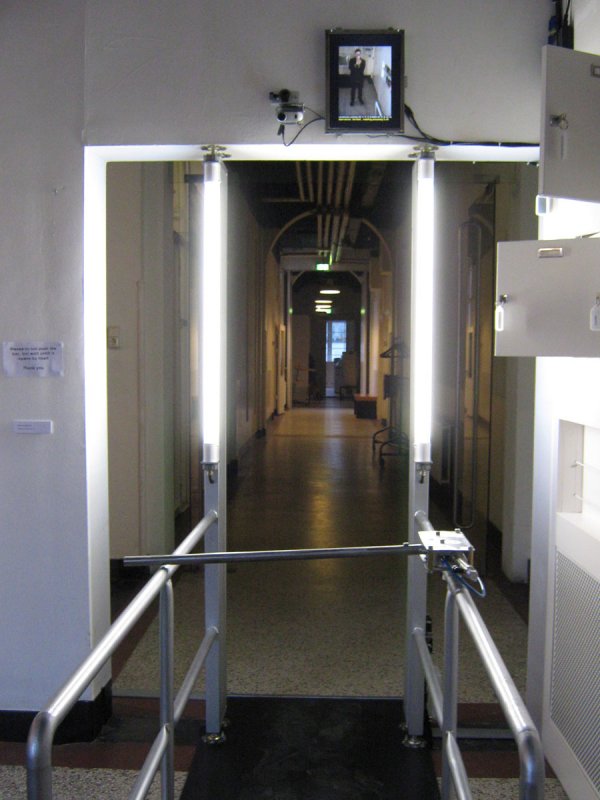 Surveillance and physical stereotyping easily go hand in hand together when explored in the context of software. Programs require fundamental placeholders for values and measurements, and to describe a person using these universal traits requires a very cold and objective approach.

In 2010, the annual STRP festival in the Netherlands witnessed a new take on physical stereotyping when Marnix de Nijs unveiled his Physiognomic Scrutinizer, a sensor that somewhat resembles a metal detector. This contraption uses footage of each participant as input for facial recognition software. The software, however, does not stereotype a person as being part of a certain group or class of similar people, rather it finds the closest resembling entity in a list of 250 infamous celebrities. When the individual is matched, they are released to the other side of the sensor, and their results are projected audibly around the installation in a subtle tone of judgement and accusation. 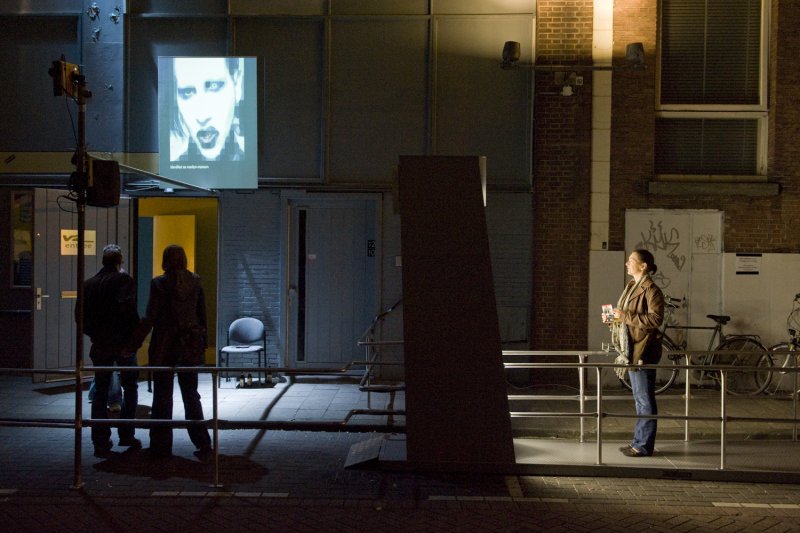 Mr. Nijs has created a tool which can help us understand how widely biometrics and recognition software can be applied in application. By confronting the growing archetype which denounces surveillance as a tool used solely for control, Marnix has seized an opportunity to redefine what the intentions of technology are and open the conversation for any capabilities of such sciences.

Of course, Marnix is not the first artist to challenge the socially accepted purpose of a tool or design. Marcel Duchamp used a four legged stool and the fork and wheel of a bicycle to render both objects useless in his sculpture titled Bicycle Wheel. While Duchamp’s deconstruction of these household items discouraged actual use of the final product, the innovations of people like Marnix ultimately led to a modern-day BMX reincarnation of the Bicycle Wheel created by Ryan Humphreys. This cycle of defining and redefining various mediums of artwork is a creative necessity that cannot be accredited to any distinct artist but is perpetuated by every artist with the mindset to do so. Personally, this style of artwork consistently sets the bar higher for other artists who work within the same or a similar medium and perpetuates better and more interesting concepts, especially in the case of Marnix who has taken an otherwise dreaded hassle and turned into an installation for the sole purpose of amusment.

While the humor and satirical nature of the piece warrant many cheerful and approving responses from members of the audience, many of the referenced identities pre-programmed into the installation are infamous for certain heinous crimes or poor lifestyle choices. Even though Marnix utilizes controversial actions to make the Scrutinizer more exciting, the installation overall becomes more prone to misleading admirers into thinking that the software has anything to do with personal morals. Yet, it serves a purpose to remind participants of the ultimate capabilities of any individual specifically and may reiterate the idea that as different as any person might look, collectively we are the same in terms of having to make those choices for ourselves and not rely on a fixed position in the same way as we rely on our physical compositions. Ultimately, I would say that The Physiognomic Scrutinizer is a fantastic piece which not only contributes to the exhibition in which it is installed, but also enhances the world of artwork based on a reflective nature towards both the body and the psyche.