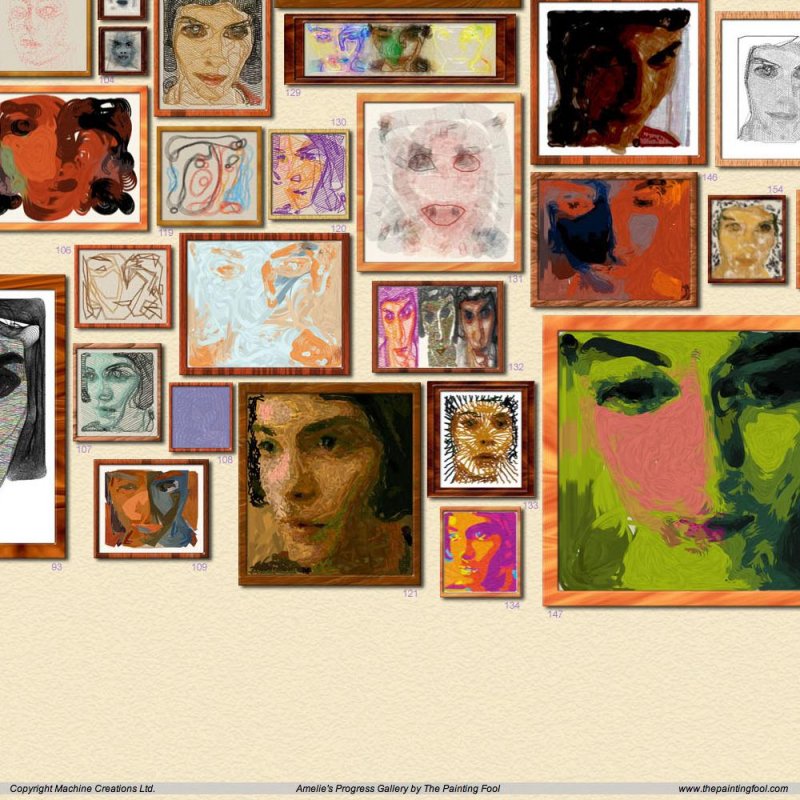 Skillful behaviors deal with the mechanical physical process of painting. The Painting Fool is able to take a scan of a photograph and determine the individual colors used within the composition, grouping them together in similar palettes. In addition The Painting Fool records the different pastel, pencil, and brush strokes as well as an analysis of the animation of strokes. The Painting Fool is able to utilize this data to make full replications of paintings but also takes what it’s learned about the way brushstrokes rotate and blend on a page and implements its new knowledge when making new creative pieces. [1] 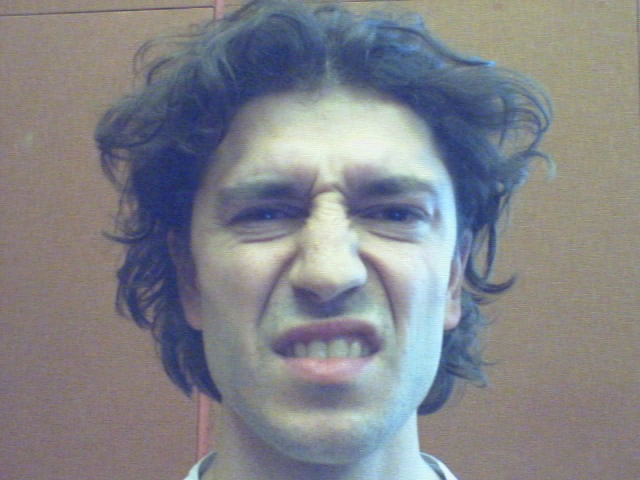 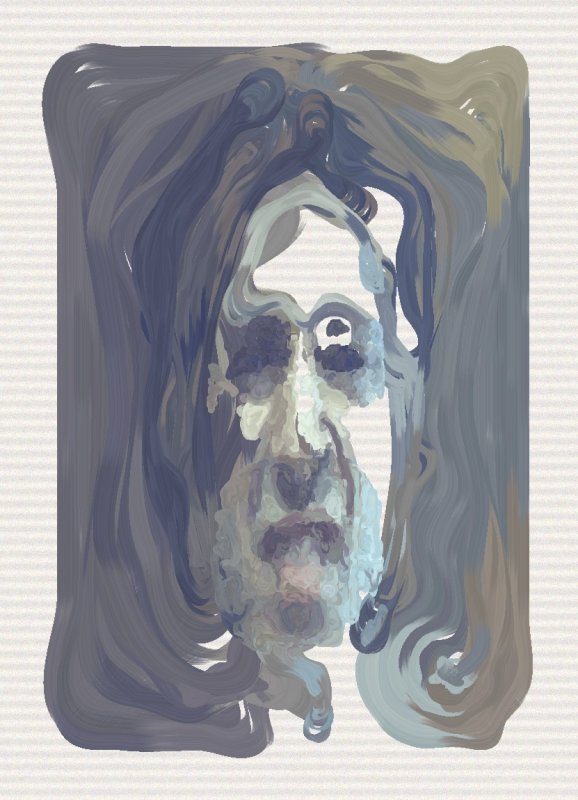 The Painting Fool’s appreciative aspect encompasses reading human emotion and finding a way to translate that on to a canvas. Utilizing facial recognition software from the Department of Computing at Imperial College, The Painting Fool is able to detect facial features that correspond with certain human emotions. Using this data, The Painting Fool then picks materials such as medium, colors, intensity that most clearly objectify the human emotion. For example when a user exposed feelings of disgust to the camera, the program would use bleak gray colors and techniques that distorted and elongated skulls and other facial features. See above. [2]

Imaginative behavior was the third element that Colton saw as key to making The Painting Fool a computationally creative artist. Colton’s third stage is always evolving and encompasses techniques of Artificial Intelligence from multiple sources and engineers. Utilizing generative techniques such as an evolutionary process of recognizing repeated elements, The Painting Fool is able to create unique objects that don’t exist in reality. For example when creating landscape scenes The Painting Fool uses an addition of contextfree software, a program that autonomously draws unique shapes (such as trees) in proportion to how they relate to other objects. [3] 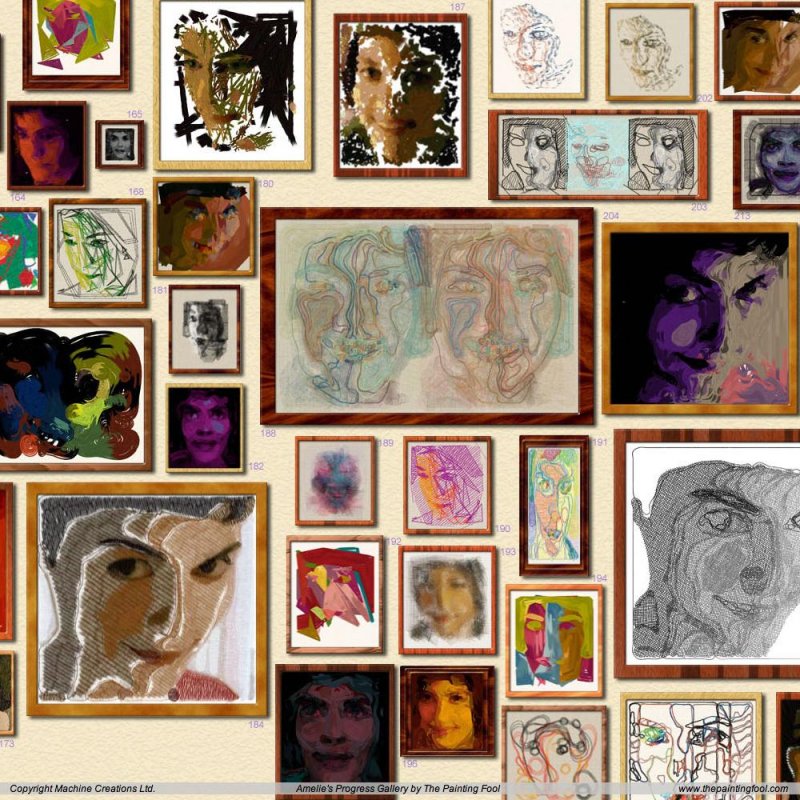 Colton’s ultimate goal for The Painting Fool is that he is able to capture the essence of human creativity in a program that individually creates unique pieces of apparently human art. In their 1997 article on Robotic Art Kac and Antunez Roca  state “Robots… are themselves capable of perceiving the public, responding accordingly to the possibilities of their sensors… Robots are capable of inventing new behaviors”. [4] The Painting Fool is just a series of computer code, but is also a Robotic Artist according to Kac and Roca because of its ability to not only perceiving the public, but its ability to use that data in order to create new behaviors, in the form of painting, that models that data. They go on to further comment on the human factor: “The interplay that occurs between all involved in a given piece (robots, humans, etc.)  defines the specific qualities of that piece.” In 1997 Kac and Roca claimed that the human-robotic interaction is key to developing specific aesthetic qualities of an artwork, an aspect which is essential to The Painting Fool when determining how to represent emotion through painting.

Another artist that is working at the boundaries of robotic art is Harold Cohen, with over 40 years of work on his autonomous drawing machine AARON. AARON, like The Painting Fool follows a set of very simple rules to begin a drawing, and then from experience decides the next best step to making a unique composition. AARON’s system of self-organization is akin to The Painting Fool’s three key behaviors in the sense that they both learn to adapt from past decisions and observations to make a piece even more unique. Cohen and Colton both have the same goal of idealizing human creativity in their autonomous artists; their hope is that by giving the program choices of what to do, but not clarifying what the decision should be that the robot itself is able to capture the creativity of human aesthetics.

* All images courtesy of http://www.thepaintingfool.com/