The Nauru Elegies: A Portrait in Sound and Hypsographic Architecture

‘As Man stands to Nature, so stands Art to Man.’

The Republic of Nauru is a small island in the South Pacific Ocean. It is the world’s smallest independent state and, at its core, represents a place at the most remote extreme of the planet. Its seemingly utopic geography and landscape stages a dystopic economy and society. It was, by consensus of several “Great Powers”, used as a raw resource until there was literally, nothing left. Nauru has been mined throughout the last two centuries for its phosphate deposits, which occupied 90% of the island. In the 1980s, phosphate exports briefly gave Nauruans one of the highest per capita incomes in the Third World. It is anticipated that the phosphate reserves will be completely exhausted before 2050. Despite this, the unemployment rate currently stands at 90%.

As a small territory with no exploitable resources, in the 1990’s Nauru turned to off-shore financing, and the creation of “virtual banks” as a way of earning sorely needed foreign currency. As such, it mirrors the off-shore island economies of The Cayman Islands, and continental havens like Luxembourg and Switzerland.

The Nauru Elegies project looks at the combination of unique qualities that make a remote place like Nauru a core member of the 21st century global economy: It explores an island in a state of environmental collapse. The music component of the Nauru Elegies reflects colonial and postcolonial issues facing the digital economy of the 21st century translated into a string quartet, composed by Paul D. Miller/DJ Spooky, while the architectural component conceptualized by Annie K. Kwon spatializes and formalizes otherwise invisible economic flows and irreversible ecological devastation. A new architecture reclaims a local hypsographic territory at a culmination of global currents.

The poet Goethe once wrote: “architecture is nothing but frozen music.” The Nauru Elegies asks what happens if we reverse engineer that process through on-site recordings and footage translated through the prism of music and architectural form?

‘The Nauru Elegies: A Portrait in Sound and Hypsographic Architecture’ is a technical synthesis of a live string ensemble, projected high-definition video footage, digital animation and live internet feed. It is an orchestration of content retrieved and processed in multiple localities including research in New York City, documentation in Nauru and performed in Yokohama by local musicians. It is a statement of technology and media processes in the 21st century that is exponentially progressing to a more dematerialized and delocalized state.

Audio and video recordings will be taken with the most current and mobile digital technologies in addition to the exploration of medical isosurf modeling techniques appropriated in architectural form and rendering. Economic dynamics will be mapped using current open source satellite and geospatial technologies including NASA World Wind to map hypsometric and bathymetric contours. The Nauru Elegies is realized in multiple technical layers, a manifold performance that has identifiable localities held by a complex global structure. 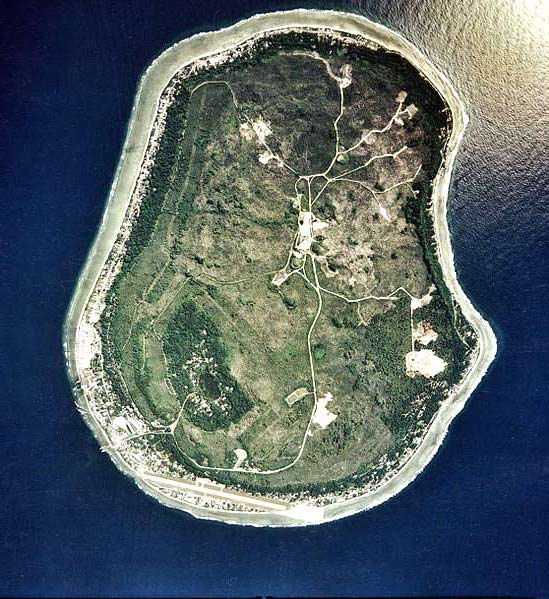 Examples of Hypsographic Analysis of Nauru: Portraits of hypothetical architecture of offshore financial interactions in collision with the physical infrastructure of Nauru. 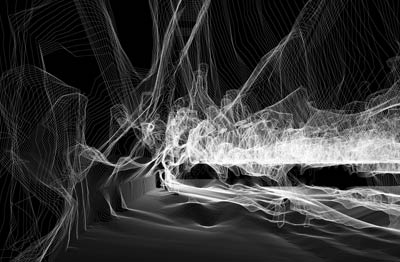