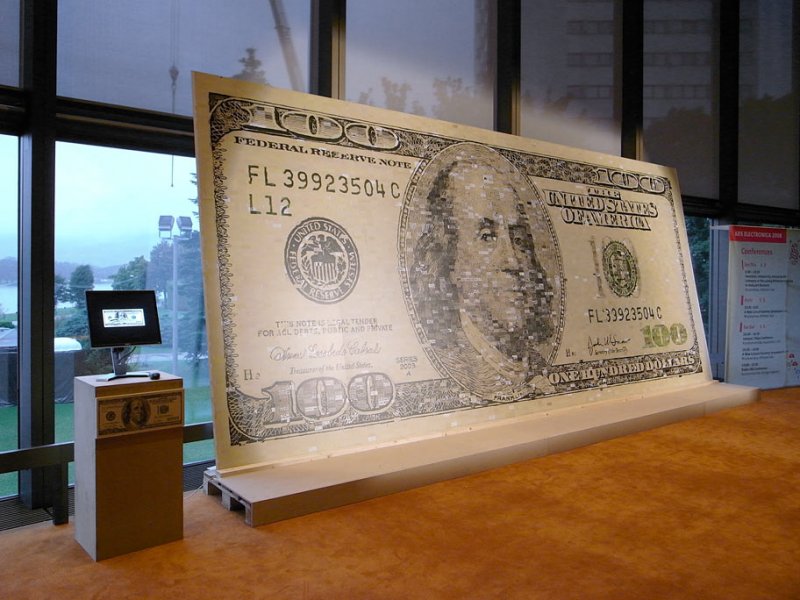 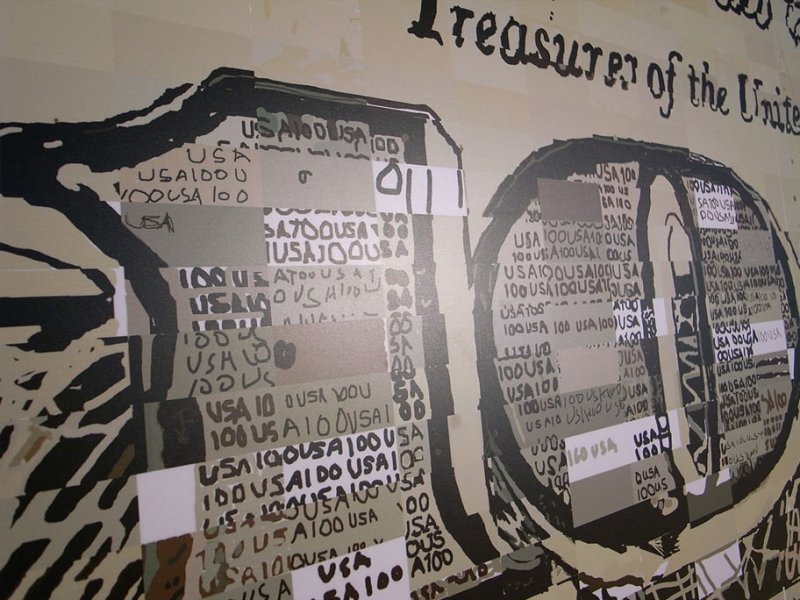 “Ten Thousand Cents is a digital artwork that creates a representation of a $100 bill. Using a custom drawing tool, thousands of individuals working in isolation from one another painted a tiny part of the bill without knowledge of the overall task. Workers were paid one cent each via Amazon’s Mechanical Turk distributed labor tool. The total labor cost to create the bill, the artwork being created, and the reproductions available for purchase are all $100. The work is presented as an interactive/video piece with all 10,000 parts being drawn simultaneously. The project explores the circumstances we live in, a new and uncharted combination of digital labor markets, “crowdsourcing,” “virtual economies,” and digital reproduction.” [1]

Ten Thousand Cents is a later project which is similar to The Sheep Market (2006), also by Aaron Koblin. It also uses the Mechanical Turk of Amazon to create collaborative work where participants were not aware of the whole production.

A close-up video from separate drawings combined in time:

Connected to this artwork is the early Studies in Perception 1 (1966). Here an image presents itself as a whole at a certain distance, but by having a closer look the image consists of small symbols or ‘micro-patterns’. All these micro-patterns combined create the perception of an image just like the separate drawings in Ten Thousand Cents.

Ascott already coined the notion of distributed authorship and images in Art and Telematics: Towards a Network Consciousness (1984): “Currently, to apply telematic processes of distributed authorship to the generating of images is extremely expensive and virtually inaccessible for any sustained creative enterprise.” As at that point in time text was “both cheaper and easier to process” Ascott used text in his similar work of art La Plissure du Texte to “exercise and celebrate the participatory mode of dispersed authorship which networking affords” [2].