Sometimes political and socio-economic issues can act as a veil, automating a blurring or skewing of how people may perceive one another.  Many people are taught to hate or disagree with entire populations of others because of past or ongoing sociopolitical issues.  Furthermore, this thought process produces stigmas and generalizations that will continue to deepen and push the cultures and people apart, until someone tries to reevaluate the situation.  A digital artist by the name of Kyle McDonald took this task into his own hands, and created an art installations that utilizes high tech surveillance cameras and specially coded software to bring together people from Japan and South Korea in an attempt to begin the mending of the quite rocky history between the two countries that has never been settled.  As Charlie Gere stated in his book, Digital Culture, “International political tensions presented a set of problems for which computing and  cognate  ideas  such  as  Cybernetics  offered  potential  solutions,” [1] just as how McDonald presented his potential solution or at least opportunity for the citizens of Japan and South Korea to connect on a more personal level. 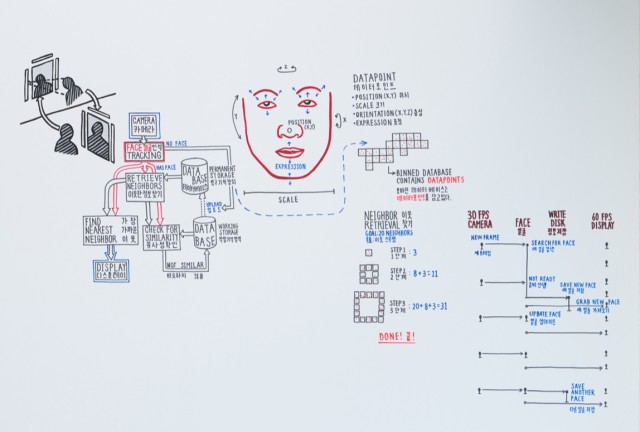 McDonald placed two installations, one in Japan and one in South Korea, that utilized the surveillance cameras to take up to 5,000 photos of each individual that interacted with the installation.  The cameras would then, store the “position (X,Y), orientation (roll, pitch, yaw), and expression (object points),” [2] and using source code, mirror the image of the participant in the installation with people from the opposite country.  Moreover, this enabled each admirer from Japan or South Korea to experience their supposed “enemy” in a new light, further establishing the sense of humanity and affinity in each other’s gaze and movement. 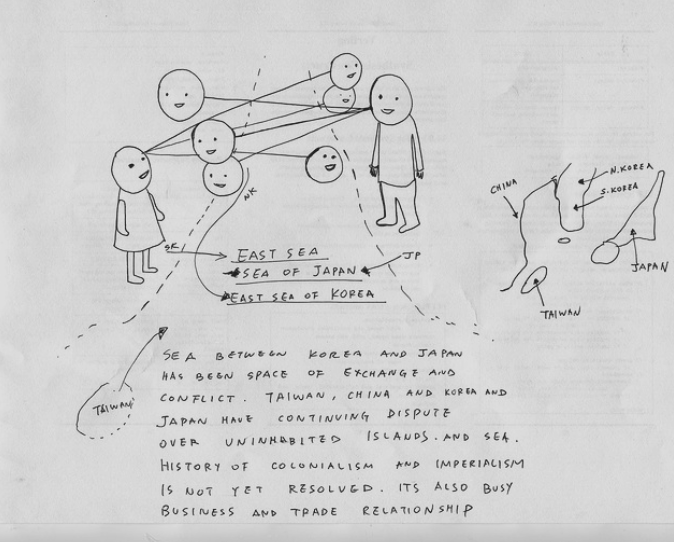 McDonald stated in an interview with Creative Applications Network that, “Stories like this, about moments of reflection on the nature of our connectedness, really moved me,” truly showing his attempt to spark a transcendence of disagreement and prior stigmas, and to encourage the two countries to attempt to drop the veils that cloud their vision of the people who are literal mirror images of themselves.  Furthermore, it is quite interesting how many of the code advancements and developments over the years were produced from needs of war; the breaking apart of relations in the ultimate sense.[3]  However, this enabled skilled engineers and coding technicians to “exploit their new skills and understandings,” [4] reevaluating the world of code and cybernetics to be used for good instead of destruction. 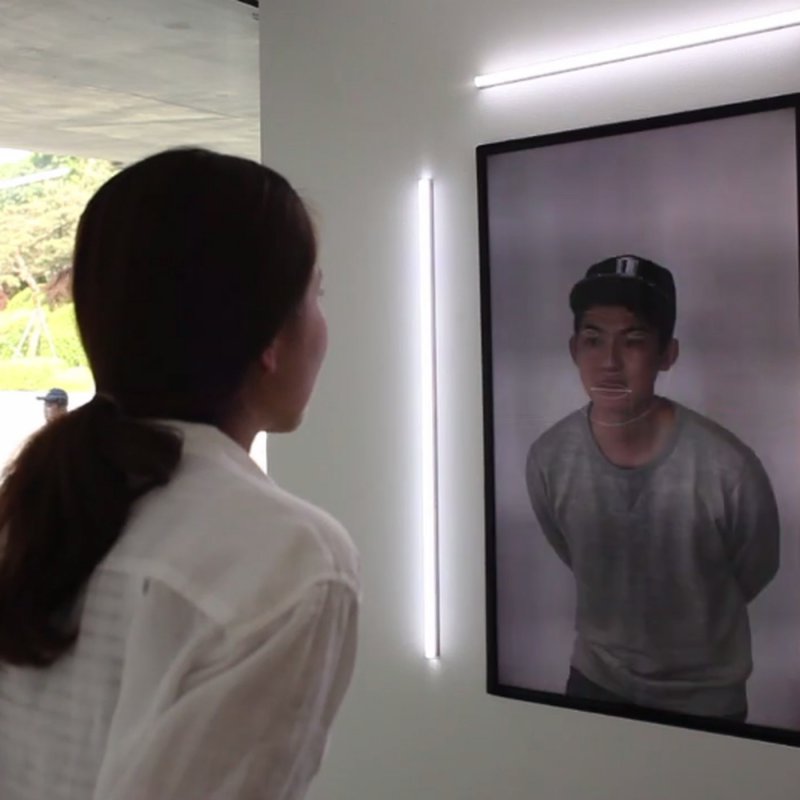 McDonald’s installation is a wonderful lesson in acceptance and reexamination of one’s own opinions or perceptions.  Moreover, if we as humans continue to gain further insight into other cultures as well as other people’s ways of life, we might be able to remove our own personal veils that we might not have known we had or refused to recognize, continually striving to connect rather than disjoin.