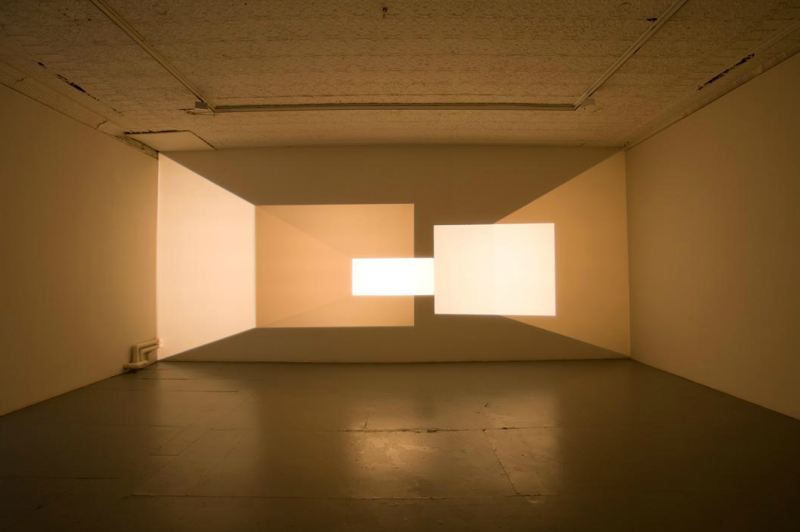 Created by Olafur Eliasson, “Remagine” has been featured in various exhibitions by the artist. It was first displayed at the Musée d´Art Moderne de la Ville de Paris, France in 2002, then in “Take your time” at the San Francisco Museum of Modern Art, 2007, and finally in an exhibition with the same name at The Museum of Modern Art and P.S.1 Contemporary Art Center, New York in 2008.

“Remagine” utilizes spotlights to project a series of geometrical shapes onto a wall inside an otherwise empty room. Each individual element of the projection may have different brightness, and are shifted around rhythmically in a way that creates an illusion of space [1].

Despite its visual simplicity, or rather because of it, the piece prompts the viewer to take a retrospective look at how one perceives depth and volume in reality. In this sense, the demonstration space of “Remagine” includes not only the physical space of the room and the wall, but also the mental space of the viewer. Moholy-Nagy have commented that “light – as time-spatial energy and its projection – is an outstanding aid in propelling kinetic sculpture and in attaining virtual volume” [3]. In occupying this “virtual volume”, the piece expands into a dimension that is usually not accessed by arts that are object. The experience created by this piece has been named by one of the viewers as “illusory architecture” [2].

“Remagine” bears some similarity with other pieces of Olafur that also uses light to create a volume, such as “1m3 light” or “Wannabe”. However, this similarity is only superficial. The light volume in the latter two are constructed explicitly in physical space, and which requires no participation of the viewer to be realized. 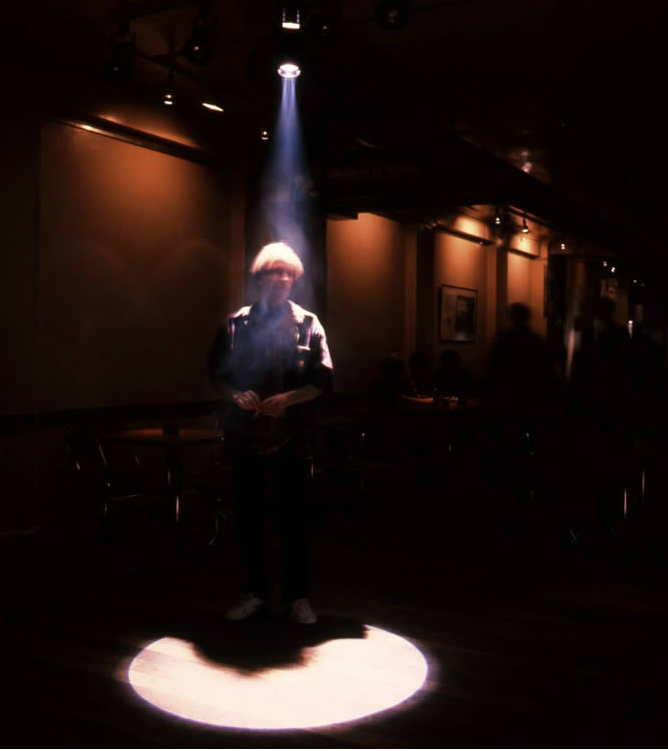 One might argue that “Remagine” is closer in its conceptual form to “The Weather Project”, a large scale installation that mimics the glowing sun; or “Din Blinde Passenger” (written about here) in which the piece is a closed space filled with dense fog and illuminated with colored light. Both of these pieces triggers introspective actions on the part of the viewer. Their volumes, either virtual or real, extends into the hidden dimension that is the experience of the viewer.