Nocturnal Flow fits the characteristic mold of the Austrian-born Redl’s light-based art installations; highly organized illumination patterns of varying complexity, most of which utilize color as a predominant element to arrest or, in the case of Nocturnal Flow, soothe the audience. Redl himself acknowleges the importance of strict organization in his work, stating that he often employs “complex algorithms, controlled randomness and other methods inspired by computer code.” [1] These factors impose a sense of sterile control over the organization of Redl’s installations. In some of his smaller-scale works, the strict alignment of the individual components creates a self-contained perfectionist universe. Matrix II, in which the LEDs combine to form an engulfing sphere and Crystal Matrix, 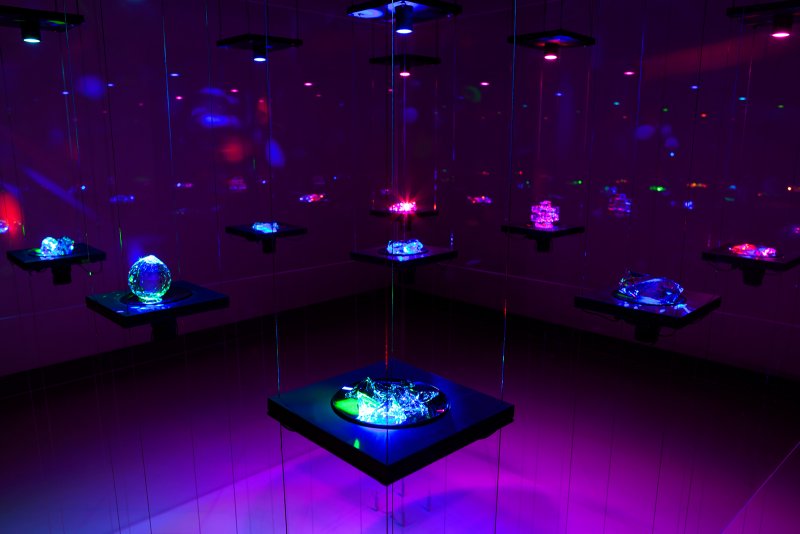 in which the 15 “crystal modules” float at precise intervals, are two such examples of Redl’s creation of organized, computationally perfect worlds. [2] [3] However, in Noctural Flow, where the piece is allowed much more room to breath in the expansive atrium of the Allen Center, the gridding of the LEDs forms a monolithic effect. However, the work is not imposing or daunting in its emotional reponse due to Redl’s almost uncharacteristic use of reserved coloration. While Redl’s Matrix pieces (especially the previously mentioned second installment, which drowns the environment in green) often involve the chromatic consumption of a space, Nocturnal Flow opts to fade into the brick background of the atrium wall, its steel-blue LEDs pricking out of the surface to illuminate.

The precision of the LED placement and the subtlety of the light hues both serve as effective context for the motion of the installation. In the mornings and evenings, the LEDs gradually wash up the wall in crests of intensity, while the entire wall remains statically lit during peak daylight hours. The resulting effect is a juxtaposition of the natural, manifested in the wave-like oscillation of the lights at the bookends of each day, with the digital, represented by the precise gridlike orientation and cold tone of the LEDs. However, it is this dichotomous motion that characterizes Nocturnal Flow as a work of new media art, rather than a traditional installation. Though Nocturnal Flow is certainly a work of the present, its core values have been verbalized in many decades previous. For example, the founding Spatialist Lucio Fontana wrote in the White Manifesto that “Matter, colour and sound in movement are the phenomena whose simultaneous development completes the new art.” [4] Redl’s work certainly exhibits the first two of these three traits (with the third most likely omitted due to practical constraints) to introduce the possibility of art that shifts. In the case of Nocturnal Flow, time and environmental conditions are both modulating factors. 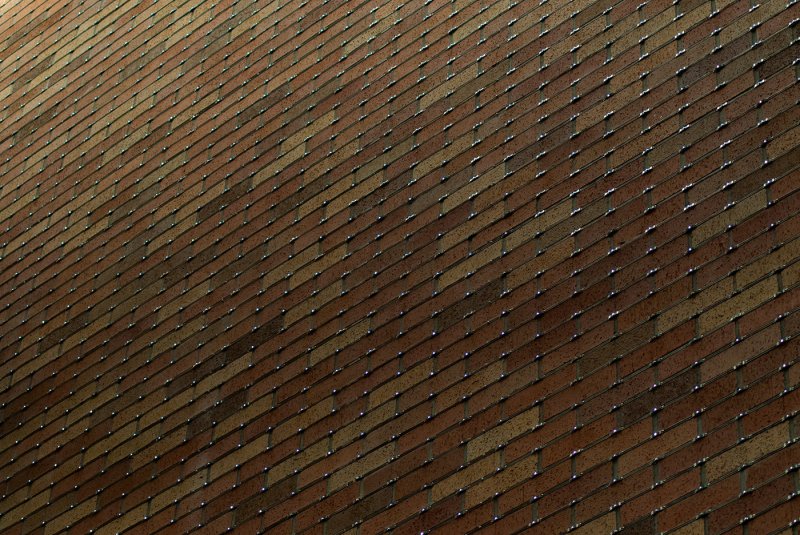 The ultimate result of the modulating light intensity and movement pattern is to inject perspective subjectivity into the work.  Just as two people will not view a traditional piece of art in the same manner, Nocturnal Flow’s dynamic nature ensures the same person will not view it in an identical fashion at two different points in time. Redl’s work could thus be seen as a less upfront representation of ideals articulated by GRAV (Groupe de Recherche d’Art Visuel), a collection of experimental artists centered in Paris who aimed to explore the possibilities of art as an active medium. In their written manifesto, they expressed a wish to create works that would engage “by a direct appeal to active participation” or “to exert a direct influence on the public’s behaviour.” [5] By imposing a varying visual pattern in the installation, Redl is inviting the audience to not only consider the light sculpture once, but to frequently observe its appearance. Simply by observing the piece at different times of day, and at different stages of its illumination pattern, the audience members, whether they realize it or not, are acting as participants in the cyclical installation. 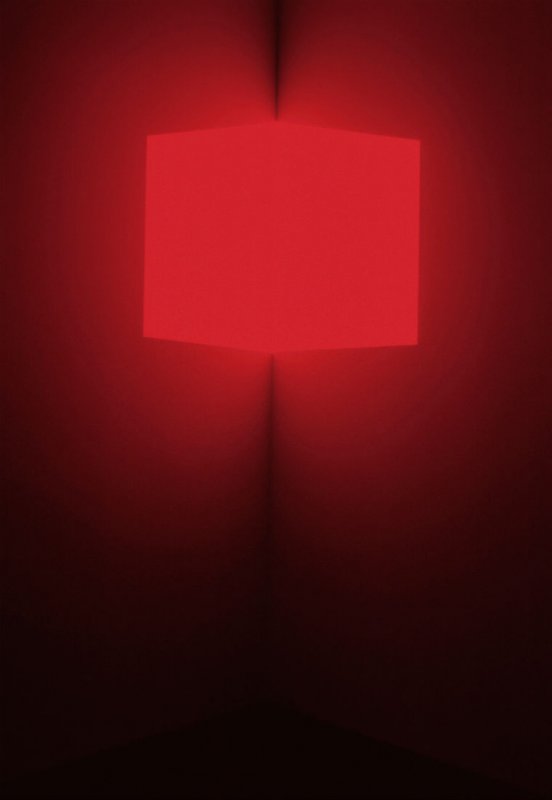 A similar work, Catso, Red, constructed by the prominent artist James Turrell focuses on the perversion of audience perception to transform a space. In Catso, Red, Turrell projects red light onto the corner of a wall, creating the sensory illusion of a red cube at a certain angle. [7] Though this work, similarly to Nocturnal Flow, transforms a space and the audience’s perception of it through the dispersal of light, it differs from Redl’s work in its deceptive nature. Catso, Red is preoccupied with what is not present and using illumination as a means of trickery, while Nocturnal Flow is concerned with what is present and how illumination can emphasize the unique qualities of a space. The light cube in Catso, Red is not more than a mirage, while the verticality of the Allen Center is very much real, and only emphasized by the presence of the installation. One major commonality between the works, however, is their focus on light as the predominant element of the work, rather than relegating it to its traditional role of illuminating other media. James Turrell has been vocal in his belief in light as a space-forming entity and something whose abilities to form an artistic work have been overlooked. According to Turrell, “light is a substance that is, in fact, a thing, but we don’t attribute thing-ness to it.” [8] In Catso, Red, Turrell is manipulating the oft-perceived “thing-less” entity of light into what appears to be a tangible, physical object by conventional standards. However, it is only due to the audience’s pre-conceived notions regarding object-based art that Catso, Red could be considered perceptually deceptive. Turrell never explicitly states an intent to turn light into an object. Instead, that idea is generated entirely by observers who recognize a box as an artistic “thing”, but cannot extend that description to colored rays of light. Nocturnal Flow works in a similar fashion by stripping light of its practical illuminatory duties and allowing it to exist in solely an art context. However, Redl uses motion instead of perceptual deception to highlight light’s aesthetic capabilities. By assigning a wavelike motion pattern to the LEDs, Redl is humanizing the light. Overall, this emphasizes the notion, presumably shared by Turrell and Redl, that light can be a stand-alone artistic medium rather than only an illuminatory tool. 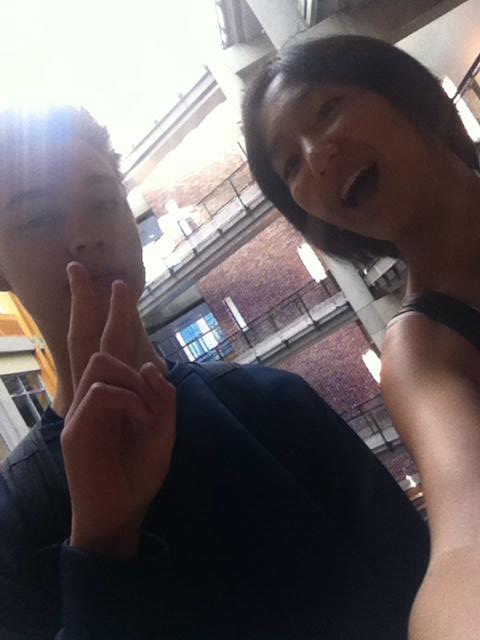 Photographs by Mencius Leonard, selfie by Olivia Ding (I am on the left!)