From May 11th to May 17th, 2009, the art collective F.A.T. inaugurated Kanye Webst Week.   The aim of the project was to produce a variety of applications, which parodied the American rapper’s famed shenanigans in the real and virtual worlds.

For example, in response to the hysteria surrounding the swine flu pandemic and Kanye West’s outspoken opinions on basically everything, the art collective F.A.T. produced the BEAUTIFLU Kit (above) containing a silver facemask designed to resemble Kanye West’s famous “shutter shades” and plastic sleeves in which one could put their Louis Vuitton wallets to protect their money from being contaminated by swine flu.  Other works produced as part of Kanye Webst Week appear below.

F.A.T. stands for “Free Art and Technology,” and the artists, engineers, scientists, lawyers, musicians and “Bornas” use their platform to spread their excellent, cunning and witty discoveries with the public. F.A.T. is “dedicated to enriching the public domain one mutha-***in’ LOL at a time.”

F.A.T. takes an ironic approach to what Roy Ascott describes in his 1984 essay, “Art and Telematics: Toward a Network Consciousness”:  ‘The creative use of networks makes them organisms. The work is never in a state of completion, how could it be so? Telematique is a decentralising medium; its metaphor is that of a web or net in which there is no centre, or hierarchy, no top nor bottom. […] To engage in telematic communications is to be at once everywhere and nowhere. In this it is subversive. It subverts the idea of authorship bound up with the solitary individual. It subverts the idea of individual ownership of the works of imagination.’ [1] The F.A.T. artists constantly update their web art, which is often produced daily, sometimes even within an hour’s time, countering the notion that creating art is a lengthy process. Their works are available for download and individuals are invited to experiment with their finds. Through the use of such a ridiculously famous star such as Kanye West, F.A.T. has reached new audiences and created new networks, their web platform received over 70, 000 hits during Kanye Webst Week. The image of Kanye West is both a target of ridicule in their art but also a catalyst for web art development. 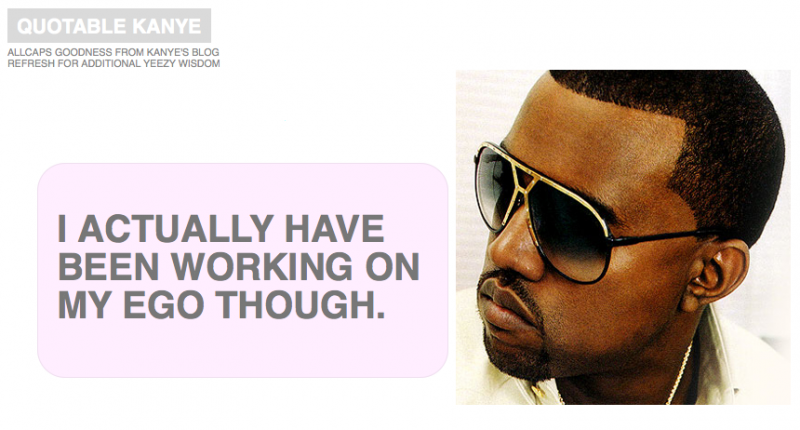 This is a webpage that generates a new Kanye West quote with every mouse click. It closely resembles the gibberish that escaped the American rapper’s physical and virtual mouth. By Irene Polnyi and Jamie Wilkinson.

This bookmarklet application is to be installed in one’s browser. Upon clicking the KANYEFY bookmarklet, the viewed webpage will be ‘Kanyefied’, which means that the typeface is set to CAPS LOCK and additional, unnecessary and grammatically incorrect punctuation marks are inserted into the text. The effect is rather humorous, especially when one ‘Kanyefies’ newspaper or governmental websites. 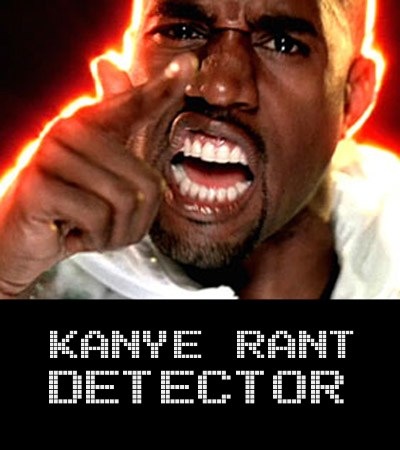 A real-time Twitter alert which alarms following Tweeters when a new Kanye West rant appears on his blog.

An application which removes Kanye West’s well known use of CAPS LOCK and free advertisements on his blog in order to make his blog posts more comprehensible.


A free 1 second mp3 download link which plays the Oyster card scanner bleep when scanning an Oyster card in a London bus. When one passes the Oyster card scanner, one must play the tone off their mobile phone to avoid paying the 2 GBP bus fare and “HELP GOD SAVE THE QUID.” This FREE ART TRANSPORTATION plays on Kanye West’s song Can’t Tell Me Nothing, where the rapper sings about how he will become rich. James Powderly, the artist behind this project, helps aspiring Kanye West wannabees save their pennies.

This CAPS LEDS TWITTER RANTS badge is a GSM Arduino-enabled hacked LED device which connects with the KANYE RANT DETECTOR Twitter feed. The badge features a cut out Kanye West torso and a small LED screen which features rants in CAPS LOCK only. F.A.T. artist Aram Bartholl proclaims that “TRUE FANS WEAR AND SHOW OFF THE LATEST KANYE RANT IN PUBLIC!!!!!!!!!!!” 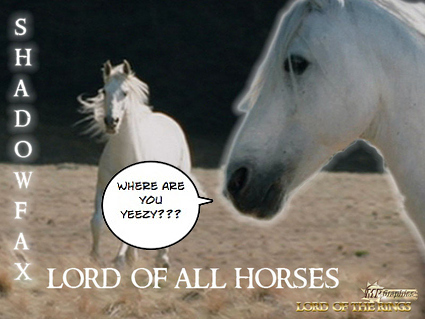 “Where Are You Yeezy?!” is an image macro originating in early June 2008 as a “Girl of the Week” post on Kanye West’s blog. This phrase was also a line in the song “Flashing Lights” from his September 2007 release of Graduation. Yeezy is a nickname for Kanye West.
Kanye West would post images of models, actresses, and other it-girls where he would add a comic bubble next to each image with the phrase, “Where are you Yeezy?” and  “I’m right her.” written underneath the photo. In January 2009, Kanye wrote a post in which he described the making of “Yeezy” image macros using Comic Life, his reasons for his design choices and why he enjoys this posting theme.
F.A.T.’s online application “Where are you Yeezy??!??!??!?!?!?!?!?” generates these comic bubbles which can then be placed on any image you find on the Internet.

Minimal Bling is a free album created by Geraldine Juarez and Oliver Farshi by destroying their favourite Kanye tracks and generating new ones from the recycled material using the Iredux software. This software destroys music files, removes their copyright and generates a new ambient track. The new music file can be exploited in any way the user finds suitable. Iredux plays on the concept of recycling in the virtual world in the era of widespread ecological hysteria. The software can also be used to destroy one’s pirate music, clearing the downloader of ‘pirate guilt.’

This artwork  can be watched here. It is an updated version of Retarded Kanye. It displays a tiled image of a woman mourning the economic crisis displayed on a screen. The sound playing in the background is a slowed down Kanye West track whose drone becomes unbearable to listen to after a while. This is a comment on when Kanye West interrupted President Barack Obama’s speech to the New York Investment Banker community to deliver an apology for his behaviour during an awards ceremony.