In Order to Control

“What is it to be free? Are you free at all?”[1]  These are just some of the questions asked to the participants in the interactive installation created by Nota Bene, an Istanbul-based creative studio.  The artwork titled “In Order to Control,” features a continuous loop of digital text sprawled across the floor, littered with moral and ethical questions such as, “Everything that’s legal is not always fair,” and “Everything that’s fair is not always legal.”[2]  As spectators step over the sea of Nota Bene’s ethos, their silhouette on the wall takes to life and is transposed with the scrolling typography. 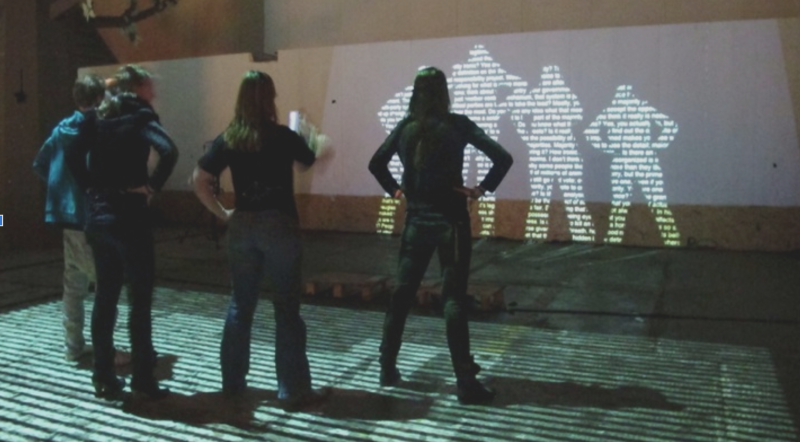 However, this is not a magic trick, but a wonderful use and display of “projection mapping and body scanning technology,”[3] that presents the spectator with a personalized view of the text.  Although, because of the speed of the text, the participants must join together in order to grasp the full scope of the text and the questions being asked.  This places not only the individual in the position of inhabiting these moral and ethical ideas and questions, but promotes the banding together of individuals, encouraging critical analysis and reflection on these values as a whole. 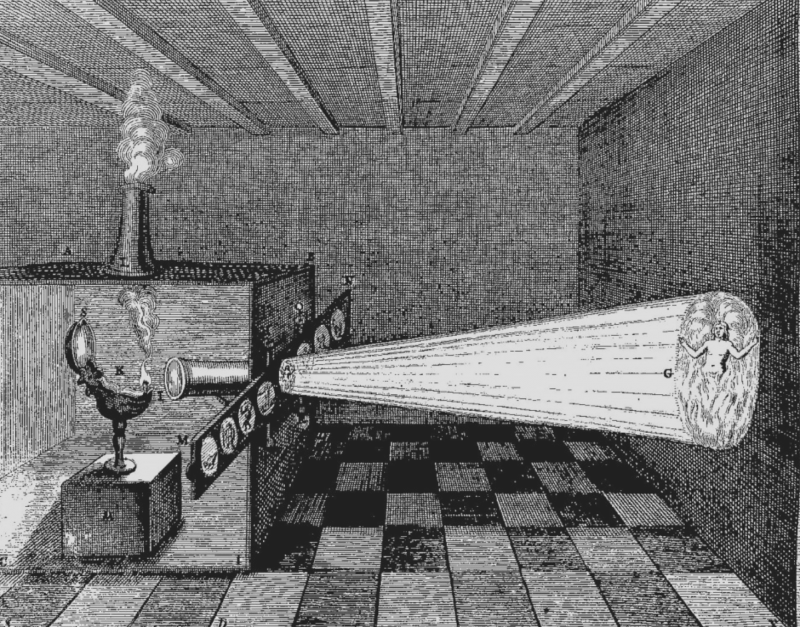 There are various works of art that are using and have used intractability of light projection in order to engage their audience with the work itself or to display an image with the illusion of tactility.  However, projections as such are not a recent innovation, but rather began as early as the 17th century, stemming from the invention of a device known as the Magic Lantern.  The Magic Lantern, “used a concave mirror behind a light source to direct as much of the light as possible through a small rectangular sheet of glass – the magic lantern slide – on which was the painted or photographic image to be projected – and onward into a lens at the front. The lens was adjusted to focus at the distance of the projection screen or wall.”[4] 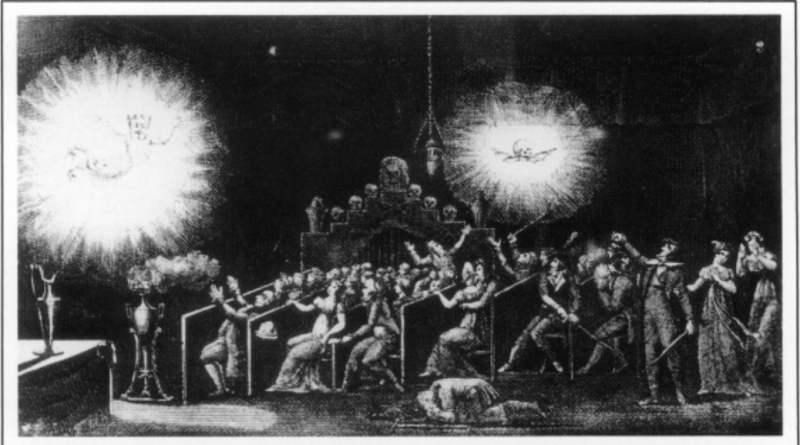 These techniques were then used with the incorporation of mechanisms that allowed for fast changes of glass panels, giving the image the illusion of movement. Magic Lantern projectionists would then paint glass panels with transparent oils, and project images images through them, giving the illusions that the image was suspended in mid air.[5]  Furthermore, throughout the years the technology behind these projectors has obviously improved, however, artists continue to use similar techniques to achieve similar illusions. 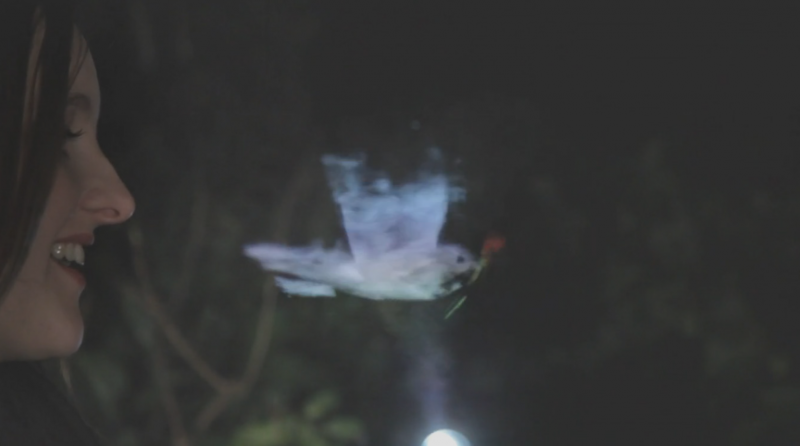 One such work that uses projection in a similar way to “In Order to Control,” as well as the primitive techniques used in Magic Lantern shows is a video project known as “Love is in The Air.”  Matt Robinson and Tom Wrigglesworth, are the creative minds behind the project, which incorporates a computer animation projected between two lovers, using their breath as a projection screen to display the image and interact with said image.  Wrigglesworth stated in an interview that, “The couple took it in turns to breath out so that their breaths intercepted the projection beam.

Anywhere that light was coming through would light up the breath and make the image clear.”[6] Moreover, the projection displays a cartoonesque animation that uses motion and metamorphosis of graphics, such as turning a unicorn into a heart that the man blows towards the woman.  Furthermore, this provides a visualization and representation of love, through the interaction of the two participants, literally suspending their “love” in midair.

Both Nota Bene, as well as Robinson and Wrigglesworth use the techniques that were developed from the Magic Lantern in order to display their fantastical imagery to the admirers of their works, both paying homage, as well as expanding and growing from the innovations of their predecessors.  Each one of these artists, from the first projectionists of the Magic Lantern, to the continually expanding world of projection and other technologies, have brought their stories, ideas, and questions to life, to share and enable reflection, assessment, and provide entertainment for all that wish to commend.