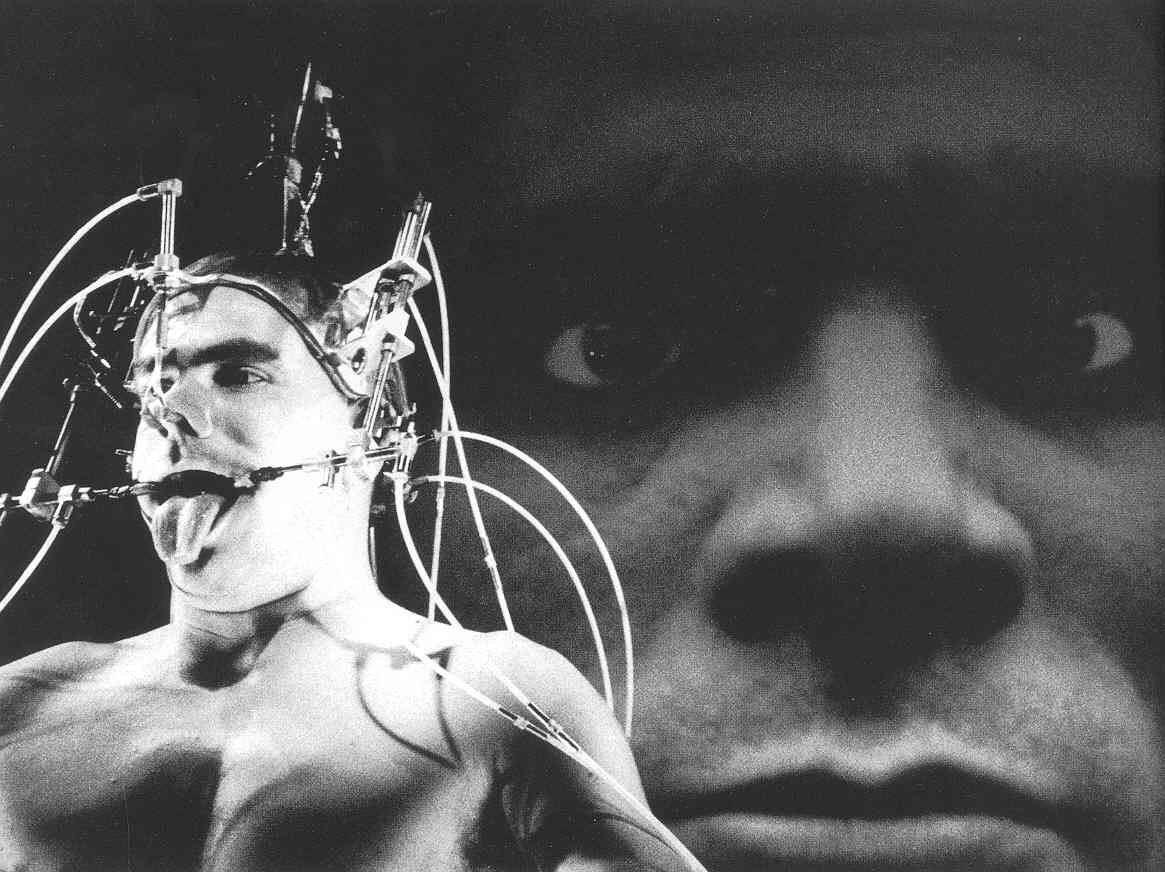 In Epizoo (1995), Catalonian artist Marcel.Lí Antúnez Roca explores the complex layers of control and authority with respect to the cyborgian body and electronic systems. By activating motorized devices, viewers manipulated Roca’s nose, mouth, ears, glutea and pectoral muscles, causing bizarre contortions.  Like the unwitting subjects in psychologist Stanley Milgram’s 1974 study Obedience to Authority: An Experimental View (sixty-five percent of those tested agreed to mete out the maximum punishment of 450 volts, several ticks beyond the indication, ‘DANGER: SEVERE SHOCK’), so the audience of Epizoo was confronted with taking responsibility for its actions and the effects they caused on the performer, who was at their mercy. 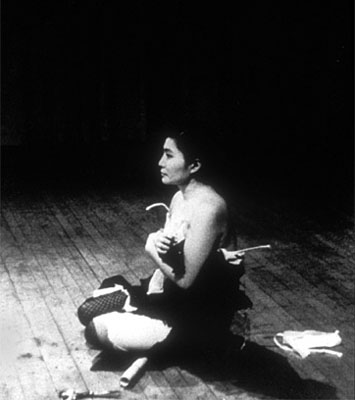 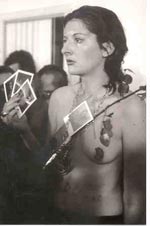 In the tradition of Yoko Ono’s Cut Piece (1966, far left) and Marina Abramovic’s Rhythm 0 (1974, left), the artist submitted his body to the whims of the audience.

The videos of Epizoo below shows how the work explores the relationship between human body and technology, where the audience can interact with human body by punishing or pleasuring it. There are many external devices attached to the artist´s body so that the user can control them. The individual part of the body will react according to the user’s input. 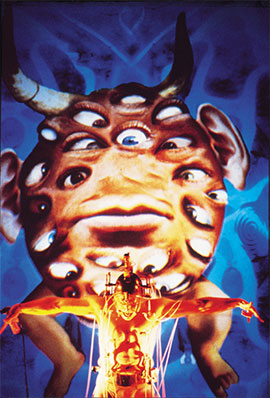 The Epizoo performance enables the spectator to control Marcel.Lís body by means of a mechatronic system. This system comprises a body robot, which is an exoskeleton worn by the performer, a computer, a mechanical body control device, a vertical projection screen, two vertical lighting rigs and sound equipment.

“The orthopaedic robot mechanism is held to the body by two metal moulds, a belt and a helmet, into which the pneumatic mechanisms are fitted. These mechanisms can move Roca’s nose, buttocks, pectorals, mouth and ears while the artist remains standing upright on a rotating circular platform during the performance. The pneumatic devices are in turn connected to a system of computer controlled electro valves and relays. An exclusive application with an interface similar to a videogame is run by the computer. Its eleven interactive scenes include several computer generated animated sequences that recreate the figure of the artist and indicate the position and movement of the mechanisms. In this way the user can control the lighting, images and sound as well as the artist’s body by using the mouse.” [1] Sergi Jordá composed the music and was responsible for the computer design.