In 1989 the Barbie Liberation Organization was formed. Taking advantage of similarities in the voice hardware of Teen Talk Barbie and the Talking Duke G.I. Joe doll, er, “action figure,” they absconded with several hundred of each and performed a stereotype-change operation on the lot.

The surgery was no simple matter — circuit boards had to be trimmed, a capacitor moved, and a switch re-engineered. The press made it sound like an easy pop-and-switch operation, but this took some research and dedication.

The BLO returned the altered dolls to the toy store shelves, who then resold them to children who had to invent scenarios for Barbies who yelled “Vengeance is mine!” and G.I. Joes who daydreamed “Let’s plan our dream wedding!” Cleverly placed “call your local TV news” stickers on the back ensured that the media would have genuine recipients to interview as soon as the news broke.

One BLO member counted up the many benefits of their program: “The storekeepers make money twice, we stimulate the economy — the consumer gets a better product — and our message gets heard.”[1] 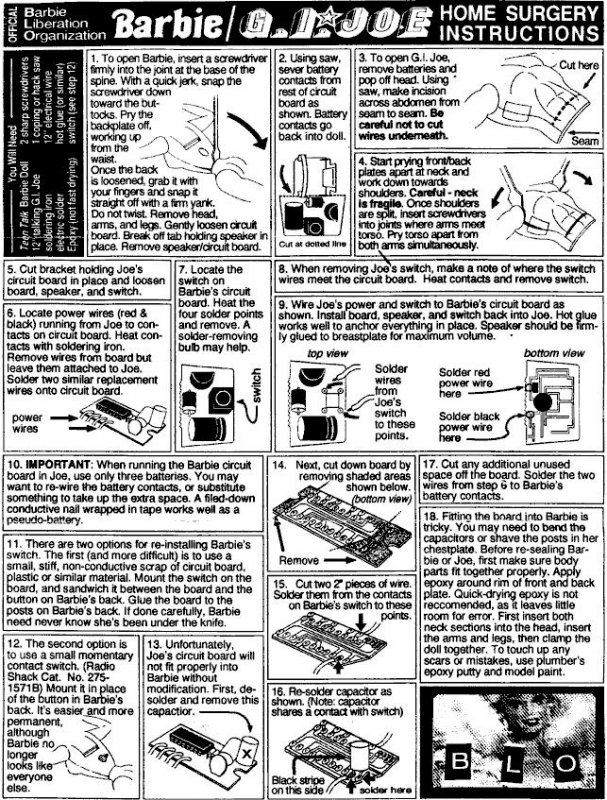