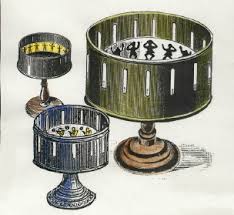 Zoetropes are nothing new. First invented by William George Horner in 1834 brought to life the first pre-film animation [1]. These devices produce the illusion of motion by displaying a sequence of drawings or objects that the mind perceived as a continuous phase of motion. But with new technology brings a new spin to the zoetrope (pun-intended).

3D printers have produced amazing things and artists have taken noticed. Artist Mat Collishaw made in collaboration with Sebastian Burton brought to life a once two dimensional  baroque painting using old conventions of the zoetrope. [2]. The massive zoetrope is titled “All Things Fall” and measured over six 1/2 feet in circumference. The zoetrope was moded after historic painting titled  “Massacre of the Innocents”. The painting was painted by artist Peter Paul Rubens in the year 1612 in which it horrifically illustrates the slaughter of infants in the biblical Massacre of the Innocents of Bethlehem, as related in the Gospel of Matthew (2:13-18). The painting portrays an incredible amount of violence that is only fully realized when the over 350 character figures spin in motion around the zoetrope bringing the action to life.

It took six months to design and create the piece. “All Things Fall”  was first presented in 2014 during a solo exhibition titled “Black Mirror” at Galleria Borghese held in Rome [3]. The piece is powered by an electric motor and lit by numerous led lights placed all around the figurines which flash in repetition creating the illusion of motion. The zoetrope was originally designed in three dimensions. Each model figure was 3D printed at Sicnova 3D, a Spanish company specializing in 3D printing. The material used is not your average plastic found in most conventional 3D printers. Each of the figures are made from an ABS (Acrylonitrile Butadiene Styrene) material, which is a specialized hard plastic used for the prototype printer that created all of the individual components of the piece. 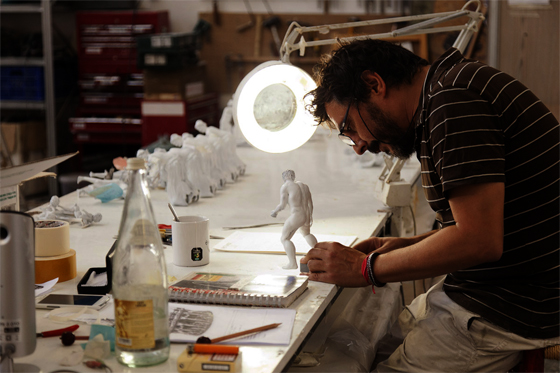 (One of the over 350 figurines being retouched)

As the chapter” Motion, Duration, Illumination” in Art and Electronic Media [4] states, this art in motion defies the traditional conceptions of art as just being a static object. Despite the horrific imagery that “All Thing Fall” illustrates, it’s a fantastic example demonstrating how a new technology can revive historical art as well as the old conventions of a zoetrope and give it a new life. 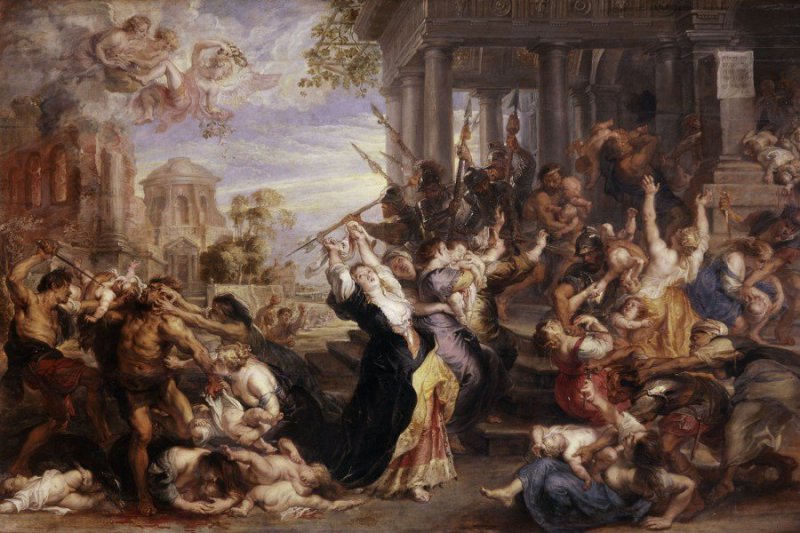 (Painting :”Massacre of the Innocents”)