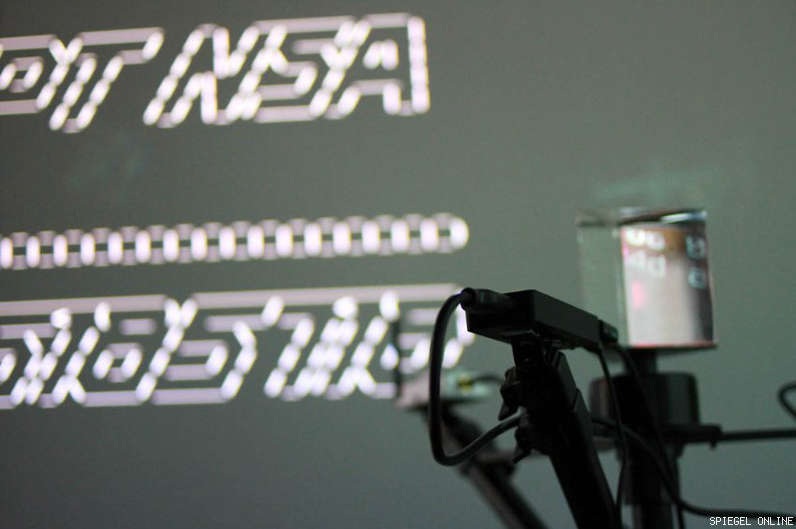 [video src=https://www.youtube.com/watch?v=ODQbbJPTpDY]Julian Oliver and Danja Vasiliev's Prism: The Beacon Frame, is a series of installations inspired by the formerly secret Prism program that uses similar techniques of wireless device localization and mapping, cell-tower hijacking and wireless packet inspection known to be in deployed by state sanctioned surveillance agencies such as the GCHQ(UK) and NSA(USA). It debuted at Transmediale in Berlin in 2014 and was taken down by the venue for allegedly violating German privacy laws.