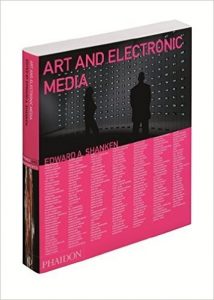 In Josh Kline's Hope and Change (2015), a white boxed light illuminates the edges of a flat screen TV. In the video, an actor played the role of Barack Obama and Kline used a "facial substitution software" to reconstruct his face to look like the former president. The video is of the president's “inaugural speech” back in 2009 but with thought-provoking variations that were “written by the artist and one of the speechwriters” for Obama. We know it is just an animation – an avatar – but the duality it creates make us aware of the tension between the real and the virtual.