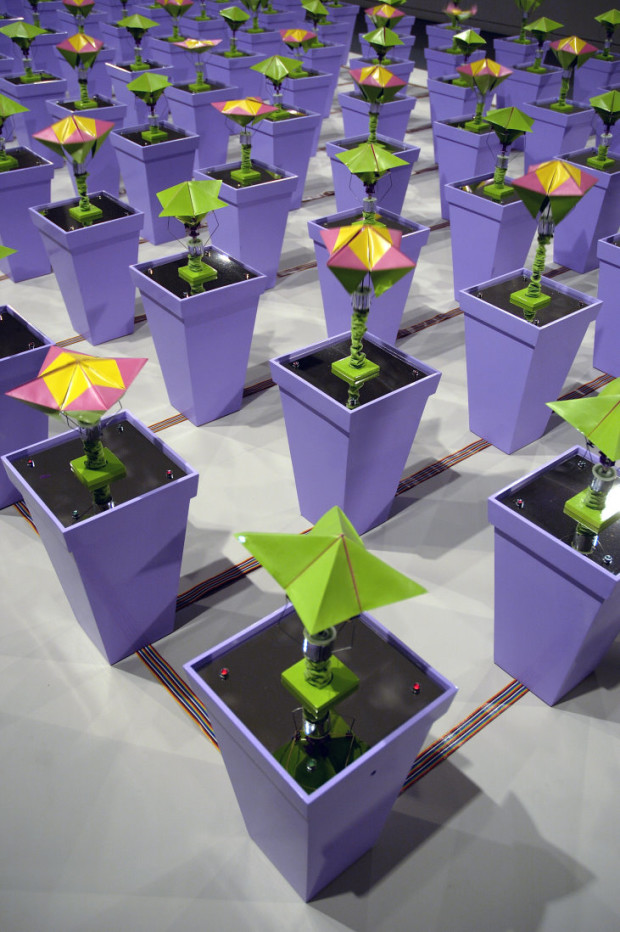 Floribots, a massive art piece created by Geoffrey Drake-Brockman in 2005, is essentially an array of 128 simple folding paper flowers that are mechanically controlled. Each large flower extends out of a rigid base, and is capable of mechanically "blooming" and extending higher. Operating under a collective "hive-mind," they are capable of reacting to movement stimulus and even has an array of different "moods" they can display through dynamic movement. 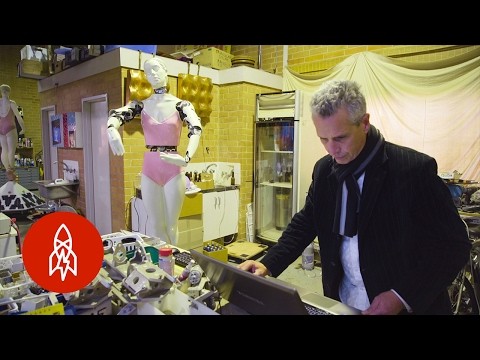 [video src=[video src=https://youtu.be/I0lAcvfc5uU]] Geoffrey Drake-Brockman is an Australian artist who explores a concept known as external cybernetics in which all of his installations require human interaction in order to function. Geoffrey's work in a sense pays homage to the work of Groupe de recherche d'art visual or GRAV from the 1960s. However, Drake-Brockman's approach to external cybernetics gives a deeper, more in-depth look into the behavior of the spectator/participant. He utilizes interactivity to create a world in which the artist is the spectator and the spectator is the artist encouraging creativity in the purest form. 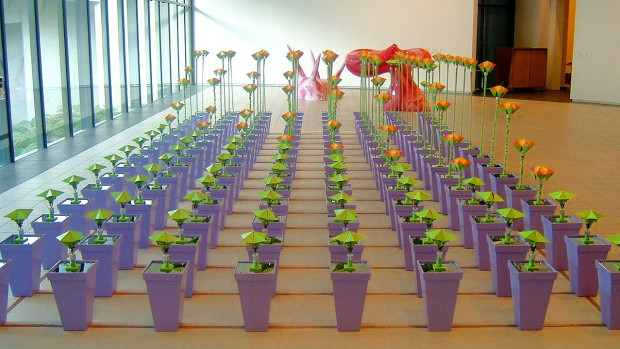 [video src=https://youtu.be/xUjPu0Jif-U] Floribots is a 128 robot origami flower interactive installation. It functions with “hive mind” characteristics by sensing the audience’s movement and adapting its behavior accordingly. The artist, Geoffrey Drake-Brockman programmed Floribots to simulate behaviors that are “both of an individual and a colony.” The technology of Floribots makes use of both software and electronics, allowing humans and machine to play creatively together. The artist installed sensors to detect the audience and in response the Floribots dance in waves creating a fun, interactive charged environment.