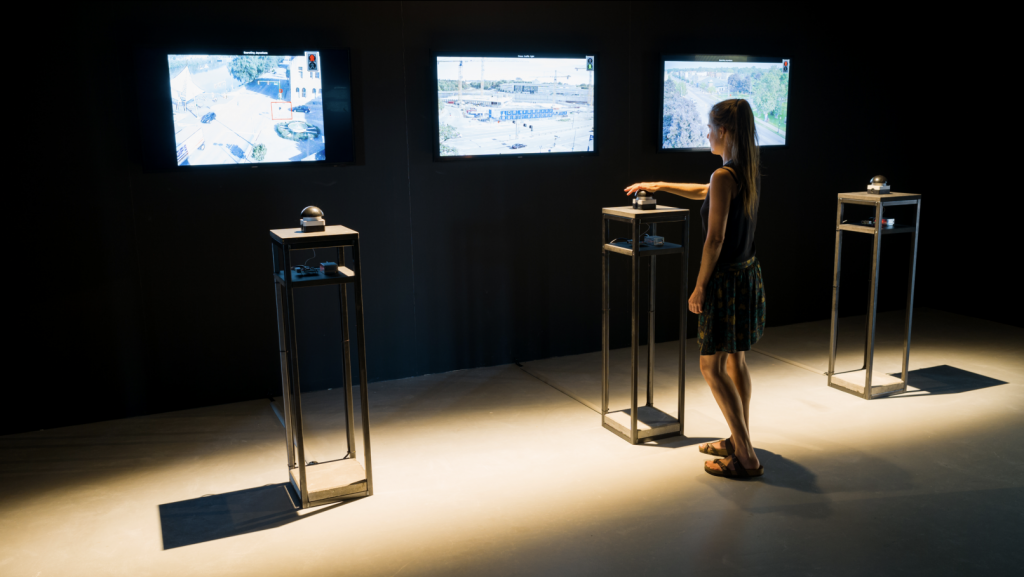 s Jaywalking is an interactive installation that displays live surveillance footage of streets in various countries. Surveillance webcams capture footage of crosswalks and identify jaywalkers. From the monitor, visitors are given a choice as to whether or not they want to press a button that emails screenshots to local police stations. The work thus presents audiences with a moral dilemma. The ensuing interactions convey a complete disconnect between the surveilled and the installation viewer in charge of their fate. 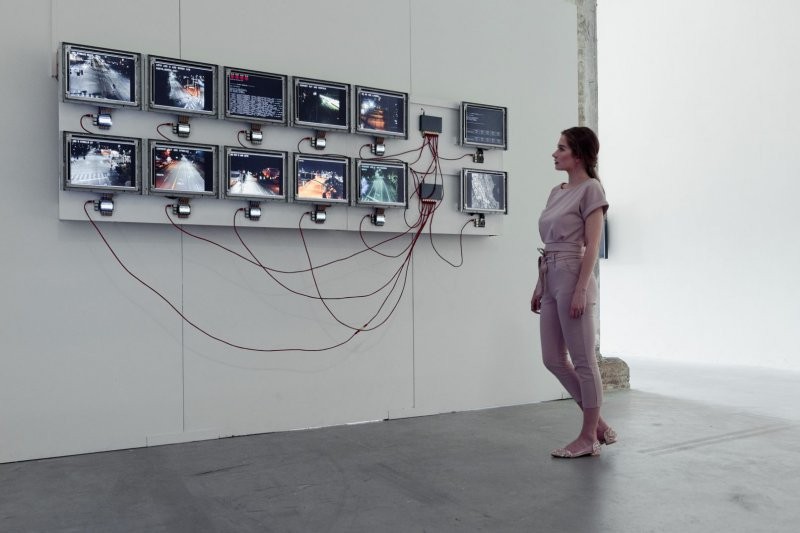