Banksy: One Nation, Under CCTV 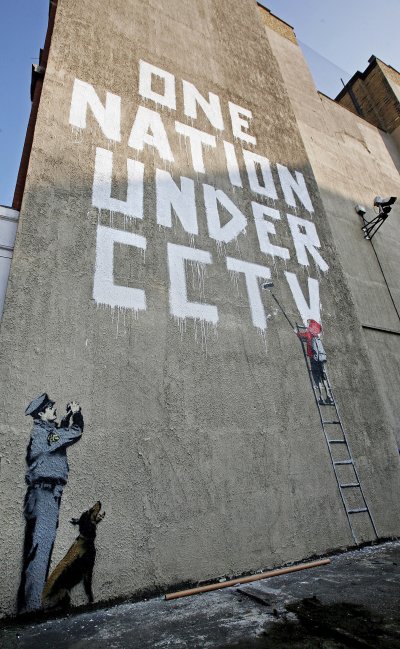 One Nation Under CCTV is a graffiti artwork criticizing the use of surveillance by the government. It was created in 2007 and was located on Newman Street in London. It was created by London-based guerilla artist Banksy [1], whose identity remains unknown by the public in 2019. He is known for his satirical, dark, yet political grafitti artwork that he places throughout the world without notice. Banky's work suggests that we are controlled by surveillance and that everything that we do is watched or listened by somebody. Overtime, his artworks are often taken down by the government or destroyed by unknown sources.