Motel rooms are always, for me, impressive but not so impressive at the same time. It’s a strange creation of the modern era, a home but not a home. It is designed to make travelers feel the room is home like it’s never owned by any other people, but at the same time so many small details can reflect that this is not home at all. Even when we feel the room is too empty but we don’t have that many things to fill the closet or the shelves, and after couple days we still have to empty everything, leave this “home-like’’ place and go on a new journey. Motel is a starting point where enables people to get to somewhere, and also a temporary end point of the day when people come back and rest. Thus, motel rooms embody the contradicting sense of hominess and homelessness and sense of migration.

And American hotel rooms are where Doug Aitken’s short film Migration (Empire) takes place. The work debuted in 2008 at 303 Gallery in New York. The artist unexpectedly mixed the scenes of motel room settings with wild animals (animals are recurring theme in his work.) As the animal explore the ubiquitous industrial interiors, the film explores the relationship between these American untamed wilderness and our human involvement of industrialization. The film starts with aerial view of industrial landscape of cargo transportation with trains, along with the mix city view and nature settings to remind the viewers that human as one part of the nature, has become huge immigrator community that settles across the land. Then camera goes into the motel, and the first thing comes to the screen is the gaze of a horse, directing towards a black and white tv screen which is play video of untamed horses running in nature. The sense of restraint of the motel horse is created which also leads to the following scene, which is two white peacocks on motel beds shivering their tails and looking at the window with a tv screen playing thousands of bird flying freely. The film includes many beautiful but also cruel scenes, such as a fox wandering in the motel room and noticing the view outside of the window is different because of the mesh screen; a deer drinking water from a swimming pool; an otter bathing in a bath tub. And before we start getting into the scenario and the relationship between the specific animal with the room itself, the film shifts into another animal, another occupant with a new room, which proves again the homelessness embodied by the motel room. 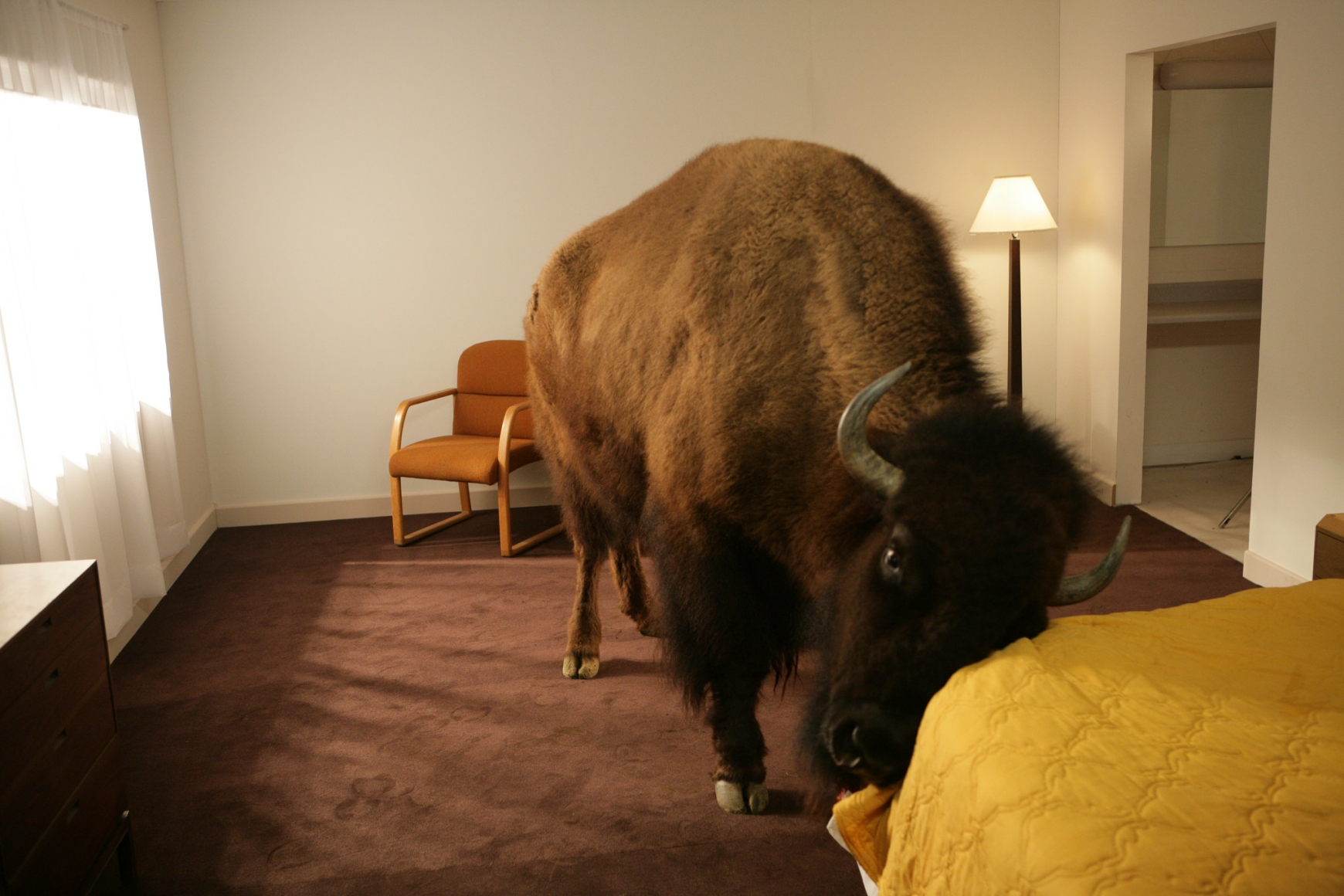 One thing is fascinating is that the film uses the perspective of the wild creatures instead of human in all of the scenarios suggesting that industrializing movements made by human has greatly changed the landscape. The film almost feels like human disappeared for some reasons and the animals have to migrate to the motel room for living. They seem like they have to adapt to urban life since there’s nowhere else to go. One part of the video really touches me is that most of the animals seem adapting not to bad, except one bison that keeps goring the motel bed with its horn. Animals are not actors, but are innocent creatures that express their feelings through their body languages, and as a viewer, I do feel the struggle of the bison and also frustration of other animals in various ways. 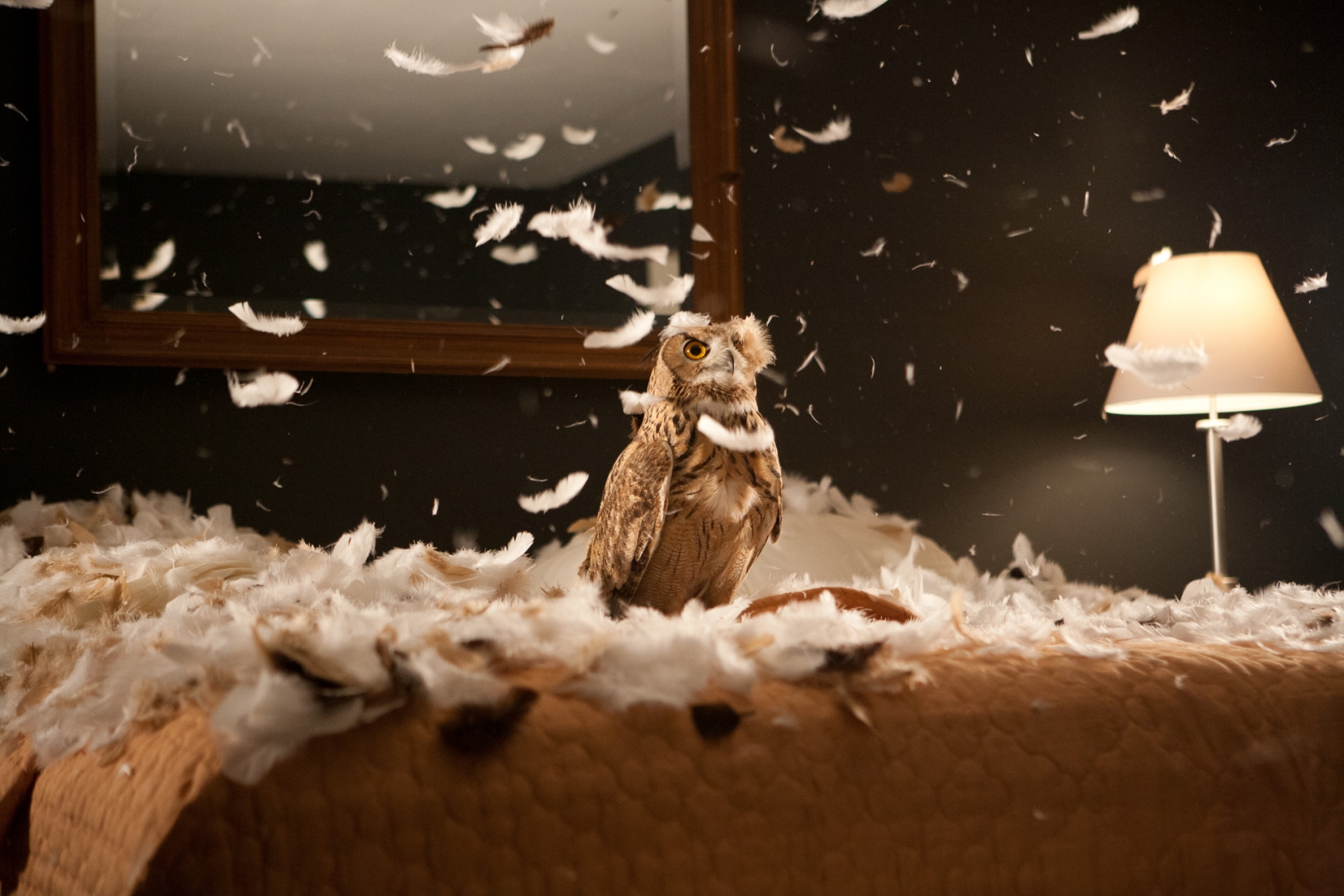