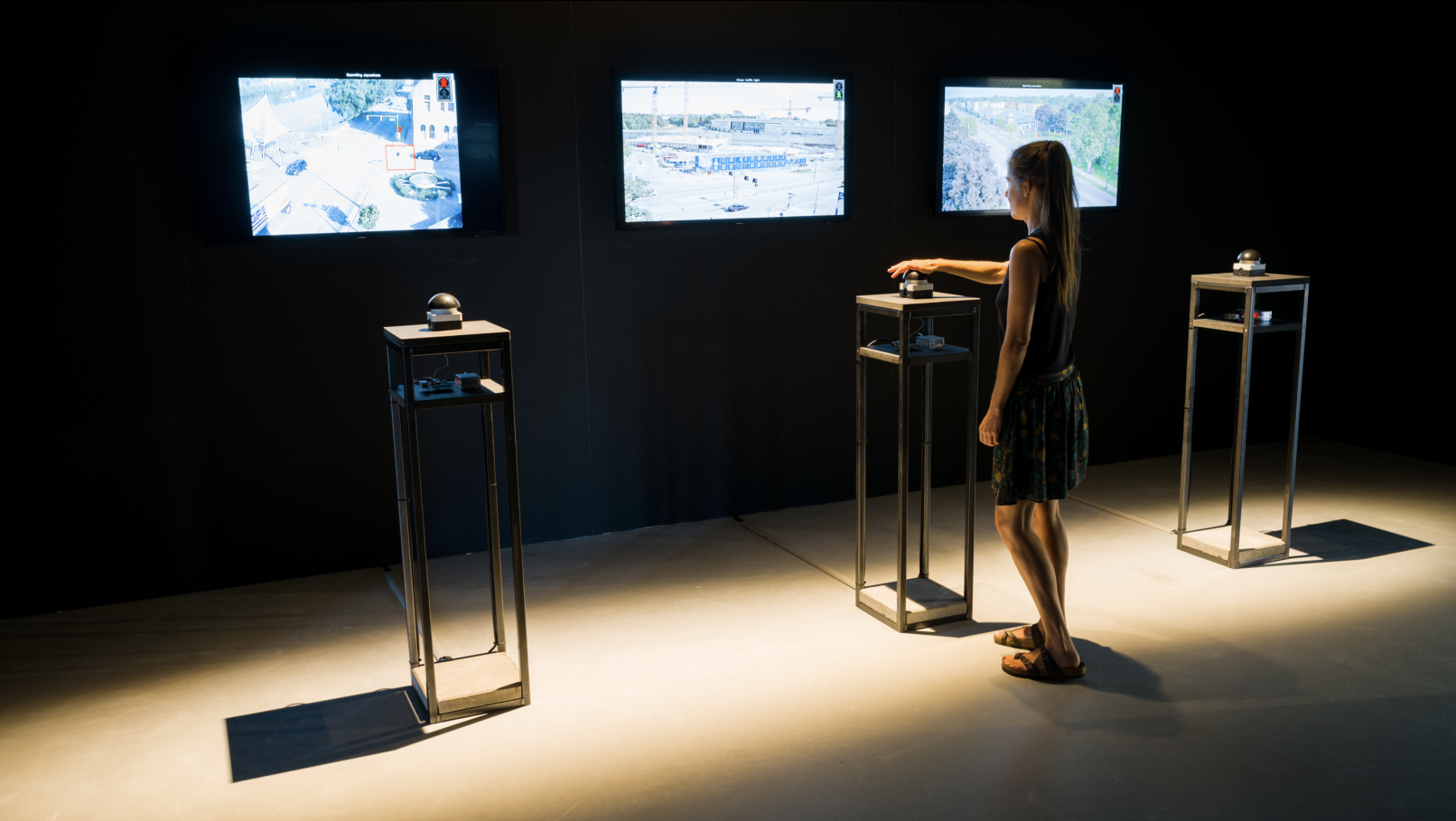 ter’s Jaywalking is an installation that displays live surveillance footage of streets in various countries. Surveillance webcams capture footage of crosswalks and identify jaywalkers. From the monitor, visitors are given a choice as to whether or not they want to press a button that emails screenshots to local police stations. [1] The installation consists of wall-mounted monitors that display the surveillance footage. In front of each monitor is a podium with a simple black button that invites viewers to interact with the installation. This simple presentation already tempts viewers and puts them in an easy position to give their response.
The most interesting aspect of this artwork is that it presents audiences with a moral dilemma. The interactive art questions the viewer’s ethics and forces them to make a choice on the spot by giving the viewer the power to enforce real-world consequences on unsuspecting strangers. Depoorter has commented on his intention regarding his surveillance piece: “You have a choice, to send the screenshot to the police or not…I wanted the visitors to think. To get the feeling of having this power.” [2] Not only is the jaywalker a central part of the artistic outcome, but the audience member is also required to participate and is also observed.
The ensuing interactions convey a complete disconnect between the surveilled and the installation viewer in charge of their fate. If an individual presses the button, it could be because they perceive laws as absolute, or perhaps because they took advantage of their newfound power to exercise consequences on strangers. On the other hand, an individual might not press the button because he or she believes the violation is not relatively serious, the law should not be respected, or because they may sympathize with the jaywalker and not want to financially burden them with a fine. The reasons are infinite, but whatever the case, the thoughts and questions this installation provokes are meant to examine what people do when given even a minute amount of power over another human being.
Moreover, the integration of choice in this installation is an interesting artistic approach to exploring the structures of morality on both an individual and societal scale. No matter what the participants decide to do with their choice, the disconnect is ever present: pressing the button reinforces the disconnect, but even sympathetic thoughts and attempts to minimize any negative impact onto a stranger’s life still demonstrates the one-way nature of the relationship between people in power and those they affect. The installation also gives the individual some insight about their own morality by forcing them to confront their moral compass.