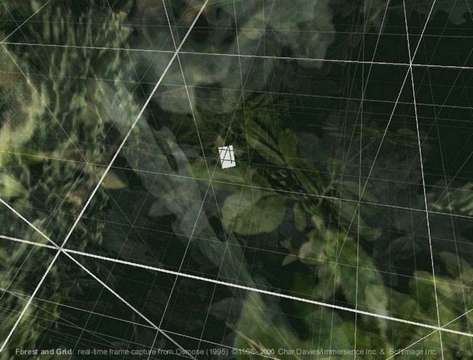 “Osmose (1995) is an immersive interactive
virtual-reality environment installation with 3D computer graphics and
interactive 3D sound, a head-mounted display and real-time motion
tracking based on breathing and balance. Osmose is a space
for exploring the perceptual interplay between self and world, i.e., a
place for facilitating awareness of one’s own self as consciousness
embodied in enveloping space.” [2]

“Immersion in Osmose begins with the donning of the head-mounted display and motion-tracking vest. The first virtual space encountered is a three-dimensional Cartesian
Grid which functions as an orientation space. With the immersant’s
first breaths, the grid gives way to a clearing in a forest. There are
a dozen world-spaces in Osmose, most based on metaphorical aspects of nature. These include Clearing, Forest, Tree, Leaf, Cloud, Pond, Subterranean Earth,and Abyss. There is also a substratum, Code, which contains much of the
actual software used to create the work, and a superstratum, Text, a space consisting of quotes from the artist and excerpts of relevant texts on technology, the body and nature. Code and Text function as conceptual parentheses around the worlds within.” [2] 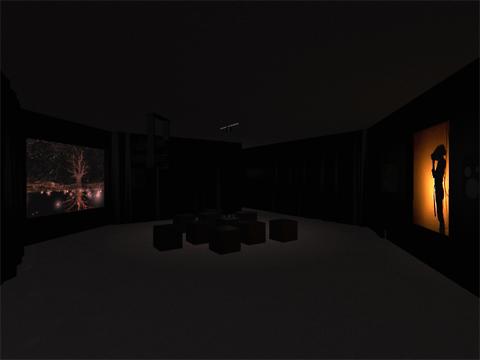