I Promise to Love You

I Promise to Love You is Tracey Emin's moving series of neonworks, which was comprised of six written love messages animated especially for Midnight Moment. Midnight Moment, started in 2012, is the world’s largest, longest-running digital art exhibition, synchronized on electronic billboards throughout Times Square every night from 11:57 P.M. to midnight.

Throughout the month of February in 2013, fifteen billboards in Times Square displayed the glowing words slowly spell themselves out, as if being written by a ghost or an invisible presence. The gentle electric pulsing of the lettering gradually built into a powerful potent red, leaving the power of love very evident to the viewer(s). 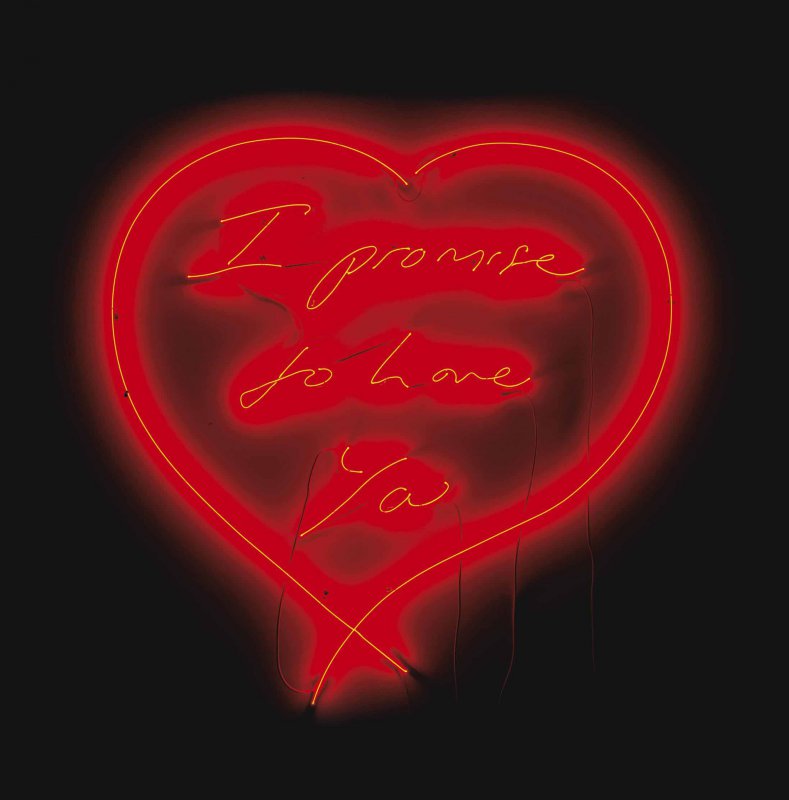 Tracey talks about her artwork saying, "All my work is about emotion, it’s about feeling, it’s about subjection, it’s about witnessing, it’s personal,’ said Emin during an interview, adding, ’It isn’t cathartic, but it really is a means for me to express myself. It’s very old-fashioned and very traditional." [1]