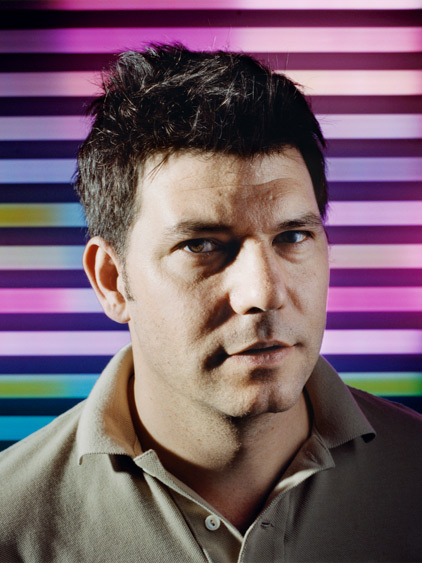 Next time you plan a road trip to San Fran, don’t be alarmed when crossing the Bay Bridge around 8:30 PM from now until 2015.  Standing 500 feet high and stretching over a mile and a half long, The Bay Lights installation is bound to surprise and grasp the attention of a few drivers. This LED installation is a magnificent work by renowned American artist and New York resident, Leo Villareal.

The structure consists of large individually wired LED rods of varying heights, erected on the bridges bace, following a structural vertical pattern. Villareal explains, “People's perception of what the piece is will be highly subjective, no two people may see the same thing.”  Yet at the same time Villareal’s intention is to tap into our emotional state of mind, on a level that we can all relate to.  Similarly to Nocturnal Flow by Erwin Redl, the Bay Lights react to natural varying elements of nature, therefore the LED’s never repeat the same sequence. Both these installations are also most active in the wee ours of the night. According to Villareal, “things that you do as an artist in society should have a bing impact, otherwise its not really worth it unless thats the case.” 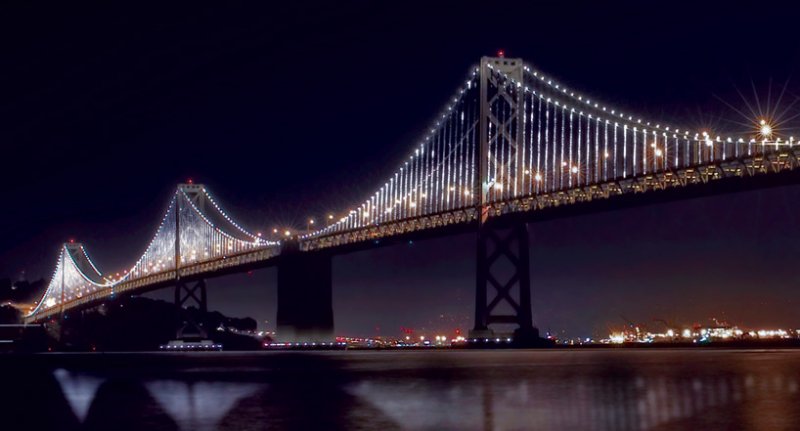 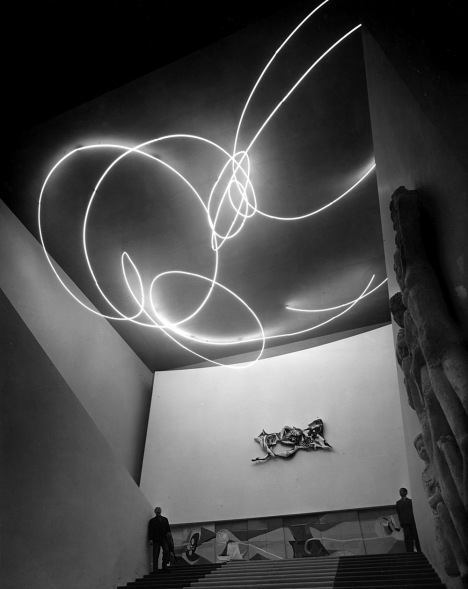 Arguably, one of the most influential light artist of his time, Lucio Fontana, impressed viewers with his aesthetically pleasing Spatial Light installation, in 1951.  This structure was suspended on the ceiling of the ninth Triennial of Milan, illuminating these vibrant linear arcs.  Referring to the qualities of light in art, Fontana stated, “This is the beginning of a new expression, neon, with this means we have created a fantastical new decoration.”  Even after the removal of the piece, it still left a massive imprint on many future artist willing to jump into new, uncharted territory, like Villareal has done with The Bay Light installation.

The Bay Light's 25,000 LED’s react in various ways based on set algorithms, reacting to the natural elements such as weather, water and wildlife, and the unnatural, such as cars, boats and planes as well.  In my opinion, the dancing LED’s create a visually calming sensation, relaxing the mind and rejuvenating our senses. The remarkable visual display triggers and almost “natural high” experience to the viewer.  If your ever in San Francisco, The Bay Lights are a spectacle you can’t miss.