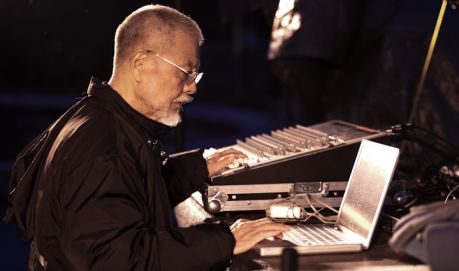 Yasunao Tone is a widely known sound artist and his piece Paramedia is on the cutting edge of sound art.  Curated by Arika (a community organizer) and installed at the Whitney Museum in New York, Paramedia is an intense, engrossing piece of sound art in which speakers correlated to different frequencies give and recieve a range of sounds.  Arika describes Paramedia as “a dense, immersive environment constructed using 8 speaker stacks and custom-build hardware that splits multiple pre-prepared sound sources by their frequency, each speaker stack revieces any sound produced within its designated frequency range, creating a split, special, aurally disjointed and hallucinatory experience.”  Using these pre-prepared speakers Tone creates this audio soundtrack that at first is jarring and even unpleasant, but begins to pull the listener in.  He punctuates the sound with moments of silence, and uses machinery to play with the direction of the sound, playing the recordings forwards and backwards.

https://vimeo.com/2980525?loop=0
(this is a video recording of Paramedia, I am having trouble uploading a video that will display and play in the article)

Tone is using machines (speakers) to create a work that builds on itself and repeats, much like other works that fall under the category of Coded Form and Electronic Production.  This form of art calls into question the creator, and enables the artists to create works previously impossible.  Tone takes this to another level and blends the ability to reproduce things Mechanically abd Biologically.  While the speakers (machines) create and expand on the noise, Tone manipulates it, creating imperfections and mistakes that machines otherwise would not make.   Tone explains this concept sayin “Macines are designed not to make mistakes… in our behavior we often make mistakes, so why not machines also? I added that reality to it.  So its not destruction but an addition.” (Arika quoting Tone).

Yasunao Tone’s manipulation of sound and usage of speakers in Paramedia is reminiscent of  Joel Ong’s work Wagon.  Wagon consists of 6 speakers which move around the installation and interact with the soundspace as well as three kinetic sculptures. While these two pieces differ in the interaction between speakers and the intention of the artist, they are both examples of technology and machinery being used to create sound art . 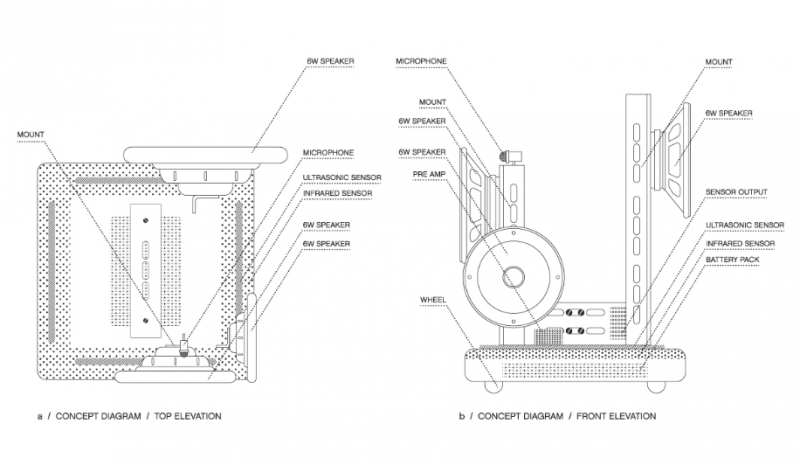 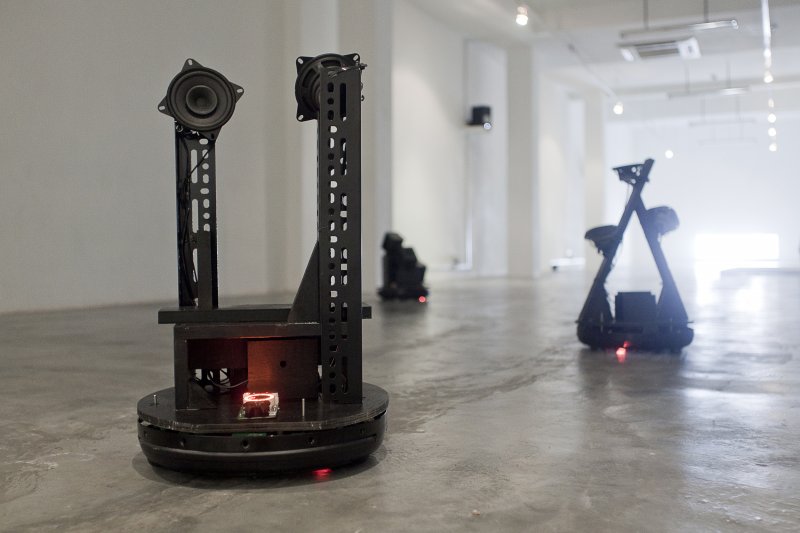