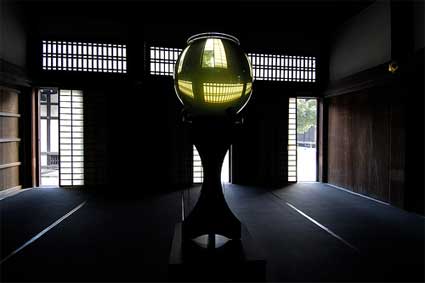 [video src=http://vimeo.com/11140136 height:220 align:left]Camera Lucida is an interactive “sonic observatory” that directly converts sound waves into light by employing a phenomenon called sonoluminescence. The project was conceived both as an artwork and as a musical instrument that allows its player to see and shape sounds while moving through space….

The project began as a speculative reverie on observing sound waves with the naked eye. The idea of using a gas that would luminesce when irradiated by sound converted into voltage was very appealing to us. However, as soon as we came upon the phenomenon of sonoluminescence, it became quite clear that we had struck virgin soil.