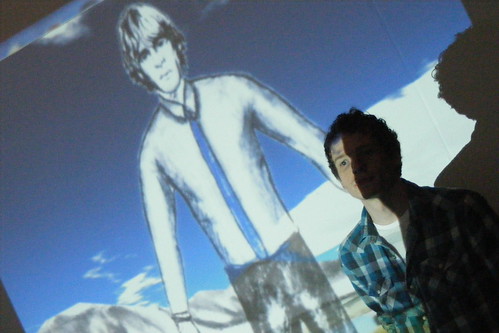 [video src= http://youtu.be/deub5AMgblk? time:15s height: 220 align: right] In Given Time, artist Nathaniel Stern utilizes different forms of media, but maintains his focus on the relationship between bodies and art. This this video installation, Stern created two avatars in Second Life who stand apart facing one another. Their location within the in-game world is never disclosed, but they do occupy virtual space somewhere. In physical space, the two avatars are projected onto screens opposite one another in the gallery, as in Second Life. Viewers can approach the two virtual performers, while they hover as video projections, forever staring at one another. These representational characters are in fact, nobody. They exist only in the virtual plane, yet they are brought into existence via light and electricity. 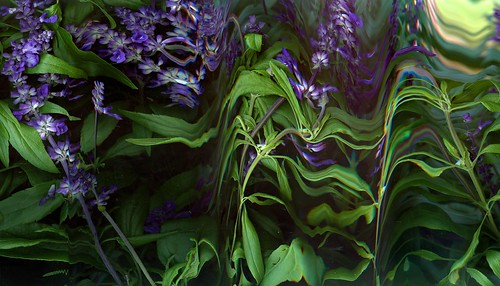 Nathaniel Stern is a versatile New Media artist who brings elements of videography, performance, interactivity, nature, and net-art to his works. Many of his pieces focus on themes of perceptive feedback loops, and mixed-reality events. That is to say, blurring the lines between audience, artist, art, and medium.