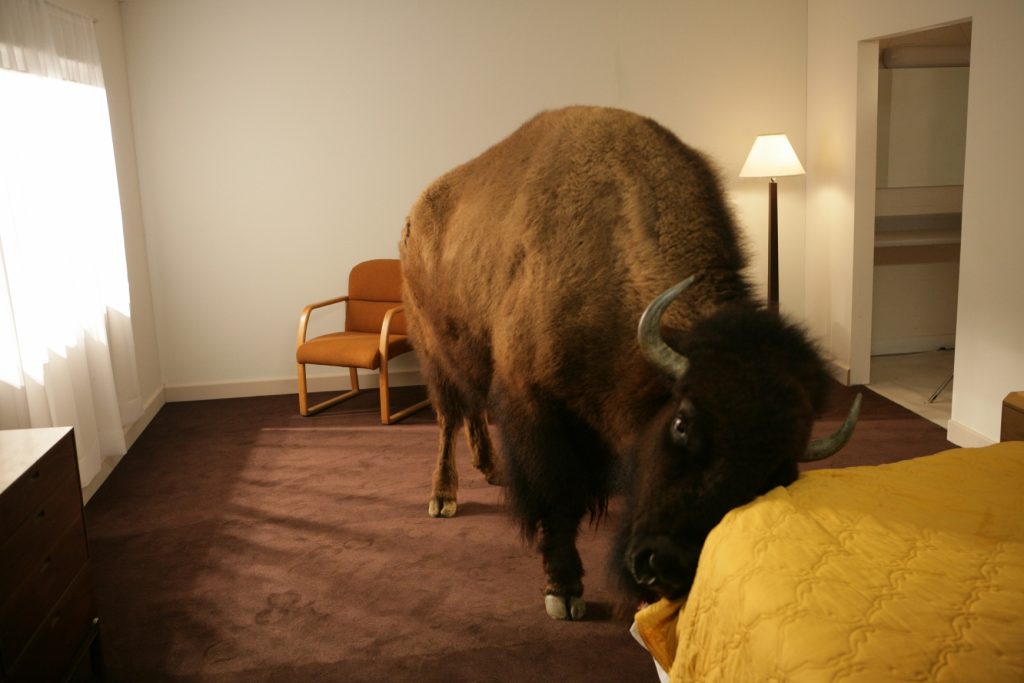 [video src=[video src=https://www.youtube.com/watch?v=JZ6cJaGm79E]]American hotel rooms are where Doug Aitken’s short film Migration (Empire) takes place. The artist unexpectedly mixed the scenes of motel room settings with wild animals. As the animal explore the ubiquitous industrial interiors, the film explores the relationship between these American untamed wilderness and our human involvement of industrialization. The film includes many beautiful but also cruel scenes, such as a fox wandering in the motel room and noticing the view outside of the window is different because of the mesh screen; a deer drinking water from a swimming pool; an otter bathing in a bath tub. The film shifts continuously shifts to another animal, another occupant with a new room, suggesting the homelessness embodied by the motel room.