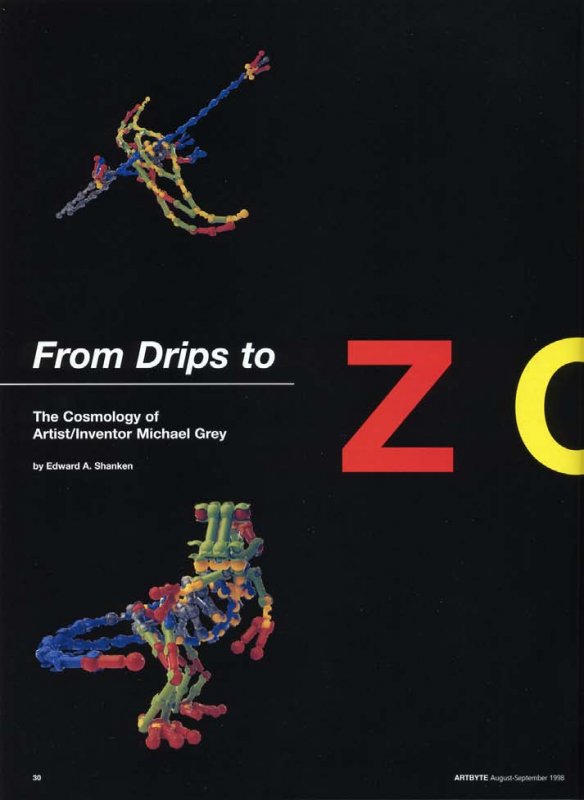 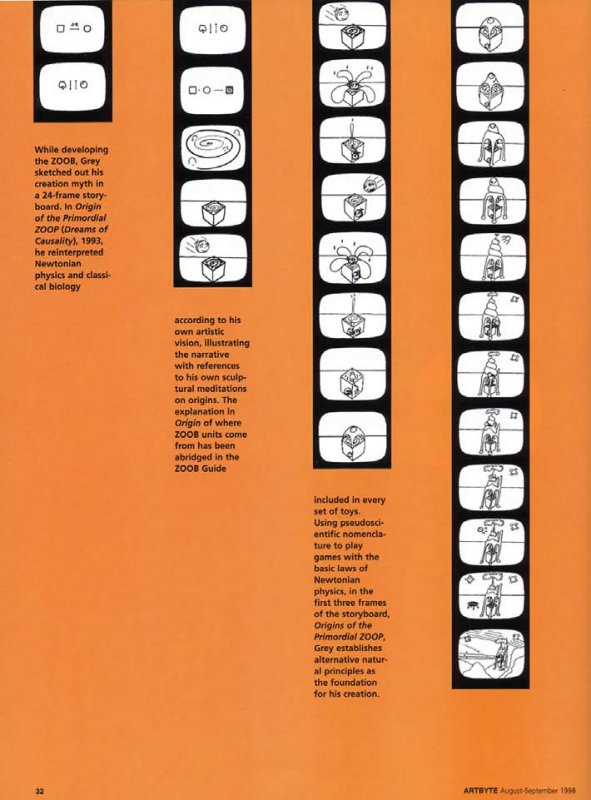 Michael Joaquin Grey’s work possesses a conceptual grandeur that draws together the complexity of genetic theory, the prospect of artificial life, and the awesome beauty of nature. His art explores the transitions between various states of energy, matter and meaning. The sculptor highlights the recapitulation of such phenomena in divergent forms and functions, while questioning the processes by which those forms and functions gain scientific or aesthetic significance.

Due to the increasing conceptual and technical complexity of his sculpture however, Grey progressively felt a greater need to share the underlying experience of world-building in an intuitive way that would engage people in creating and manipulating form in space, rather than observing and analyzing
it as a fait accompli in a fully-determined work of art. This impulse has resulted in the production of objects that extend the boundaries of art and science, cross-pollinating their way into popular consciousness through the “advanced 3-D operating system” of the ZOOB.

Grey’s creation myth challenges instrumental reason and encourages a ludic approach to art, science, and natural phenomena, drawing parallels between them, suggesting multiple levels of recapitulation, and encouraging young people of all ages to question second-hand knowledge and construct their own cosmologies based on direct experience.