“One of the most interesting aspects of this work [in Galois fields] is the demonstration of the different visual appearance of the patterns resulting from the polynomials that had not been noted before by mathematicians who have studied Galois fields.” 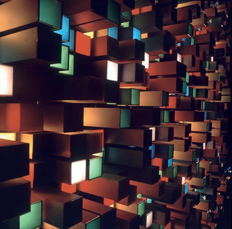 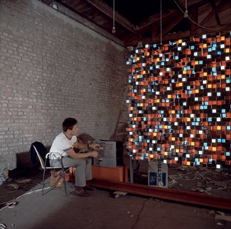 This critique inspired the creation of the object Random 63 in 1969 making use of 63 independent true random generators based on the performances of electronic bulbs. This is the only piece by VladimirBonacic that makes use of true randomness and can lead us to a mere aesthetic enjoyment. All other “dynamic objects” by Bonacic utilize pseudo-randomness, which in principle allows observation of mathematical laws.