The World in 24 Hours

The World in 24 Hours by Robert Adrian

See a video on Art and Electronic Media of this work : http://www.artelectronicmedia.com/artwork/slow-scantv-sstv 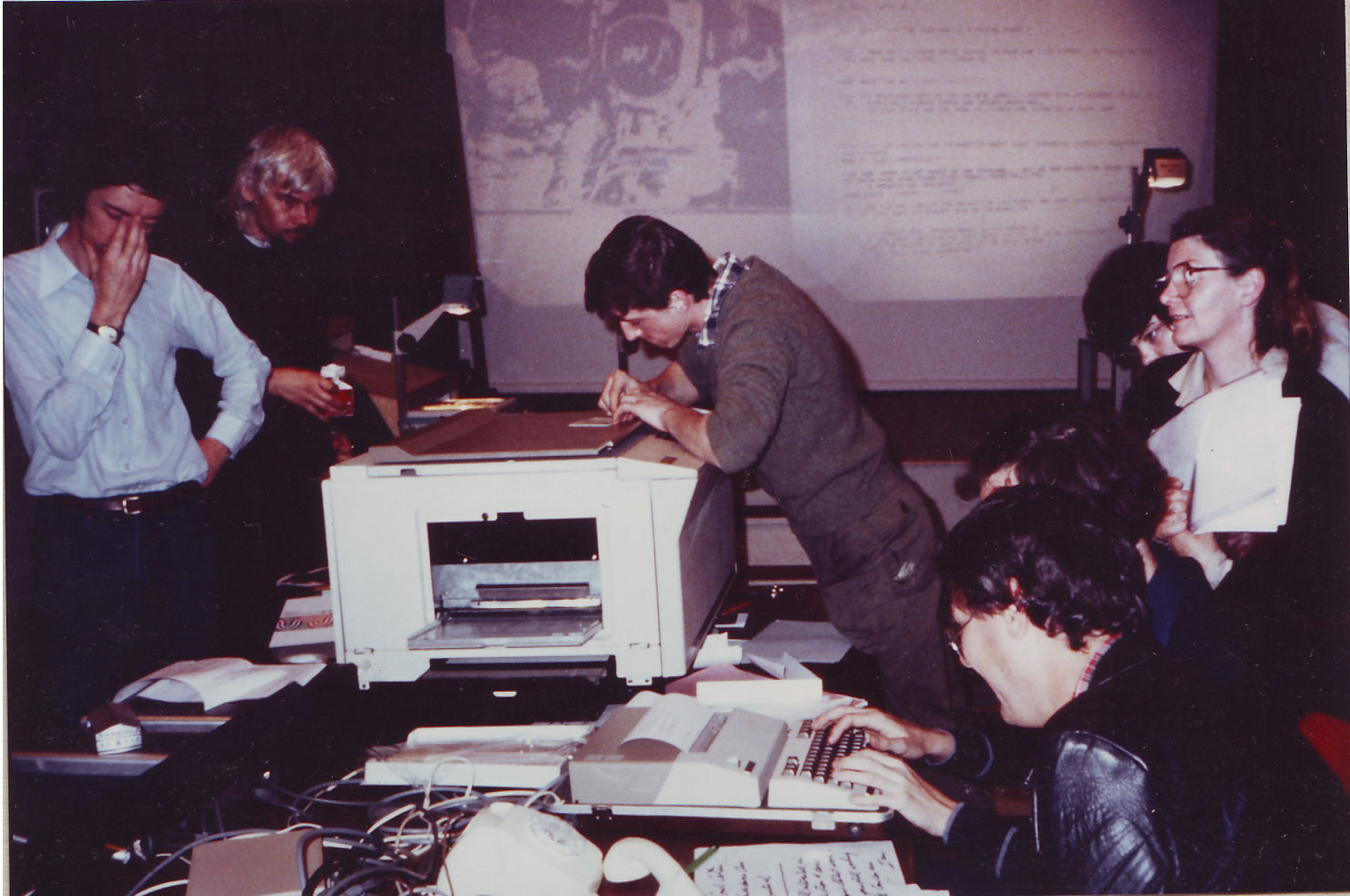 Media: 3 telephone lines (including 1 control line) were available in Linz so that, in principle, the remote locations could use up to 3 telephone-based media in any combination – in reality this meant slow-scan TV, Fax, computer network and/or telephone audio.

Program: The project ran for 24 hours beginning and ending at 12 noon in Linz.(C.E.T.). Following the mid-day sun around the world, each location was called from Linz at 12:00 local time and exchanged material with the Linz location for about one hour. But, because the world of electronic communications only included capitalist industrialised countries, vast areas were blank – which meant that in some cases several locations were crammed into the same time zone (i.e. CET and EST) while zones in Asia, India, E. Europe, Africa and S. America are empty.