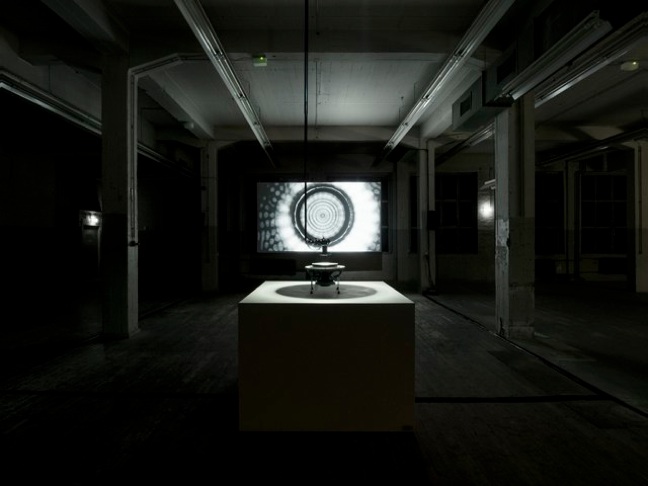 “Sonic Water,” by artists Sven Meyer and Kim Pörksen, is an interactive installation that explores the visualization of sound though water. [1] Earlier this year the piece was exhibited at the Photography Playground in Berlin, Germany and was created by Meyer and Pörksen through the Laboratory for Water Sound Images. [2] Sonic Water is categorized as a “Cymatic Installation” which is art that uses substances such as sand, water etc to visualize sound. [3] In Sonic Water’s case, water is obviously used. The installation has a pre-recorded projection of captured images, however the really interesting part of the piece comes from the interactive element of it. Individuals are able to walk up to a container of water, which is set atop speakers, and introduce their own input sound whether it’s their voice, a song recording or another sound source. The result of these sound vibrations is unique patterns in the water that are photographed from above. [4] 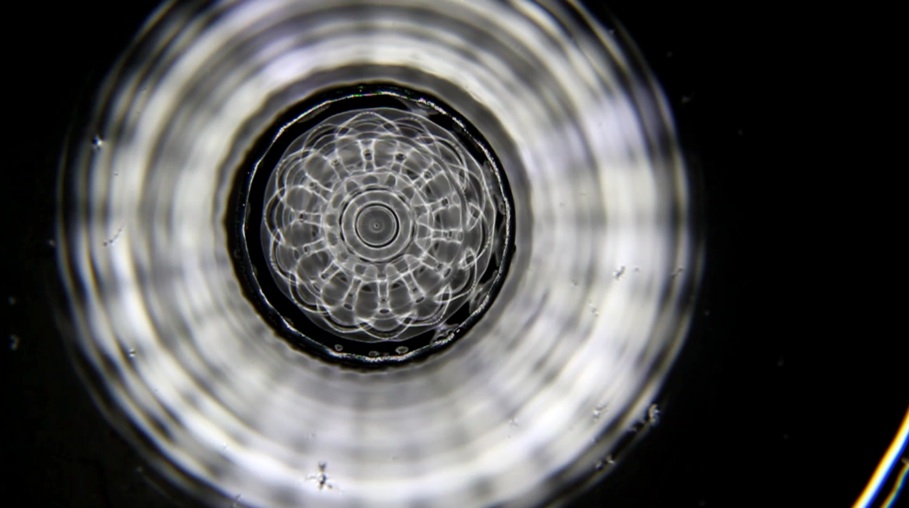 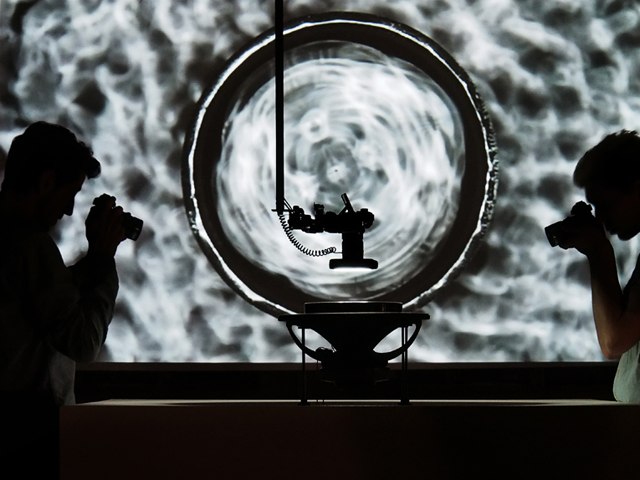 A very similar piece to Sonic Water, is artists Sachiko Kodama and Minako Takeno’s 2001 piece, “Protrude/Flow.” [5] Like Sonic Water, Protrude/Flow is and interactive piece through which sound is visualized, though Protrude/Flow uses magnetic fluid rather than water. Both pieces utilize feedback loops in which an individual can create their own sound input, which is then visualized in the medium of the artwork followed by a blending of this feedback with new input. Both the feedback loop and then nature of the material being used lends itself well to the creation artworks that can smoothly incorporate new input into its system.

In the discussion of art piece, Lorna, Lynn Hershman Leeson discusses the importance of interaction in pieces such as these. “The very act of viewing a captured image,” he says, “creates a distance from the original event. The captured image becomes a relic of the past. Life is a moving target and any object that is isolated becomes history.” [6] While Sonic Water includes a camera as part of the exhibit, whose still-photos are later part of the slideshow project, the most compelling part of the instillation comes not from the patterns in these still images, but from watching and interacting with the ever changing medium of water itself.

Sonic Water is certainly most effective as an interactive installation. More so than it would have been in any other medium. This exhibit is an interesting example of how feedback can create and alter a physical medium to visualize something so invisible as sound.