Artist Dries Depoorter's Seattle Crime Cams is an installation that streams public accessible surveillance videos in real-time to the gallery. Depoorter tapped into Seattle's surveillance systems by finding the feed of the footage buried in code. This gave him access to a continuous stream of video captured by the city's numerous surveillance cameras. He then paired those surveillance feeds with police and fire scanners made publically available as part of Seattle’s open data program [1].

The installation is a synchronization of those emergency response scanners to the camera feeds of the surveillance systems. The installation turns the everyday viewer into ultimate long-distance disaster tourists. The exhibit was displayed by a series of monitors hanged on the exhibit walls. Through the speakers placed around the exhibit visitors could hear recordings of police radio as it happens live throughout the city. When an active police or fire alert is announced one of the monitor’s screens would show videos of the closest camera to the location described in the scanner, creating a voyeuristic experience [2]. 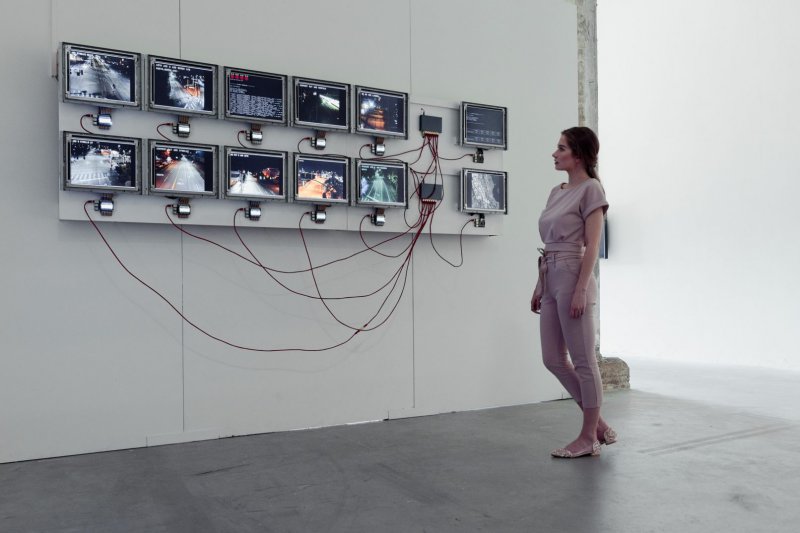 Visitors of the installation had the freedom to choose whether to view video feeds with the most alerts or those with the least. As visitors make their way through the exhibit they become active participants in the surveillance act. Combining these images of emergency services in real-time with the audio recordings of the scanners creates the feeling of an invasion of privacy.

Depoorter goes on to say, “I found it pretty strange, that the police were sharing all this data to the general public,” he claims. “I had to show what you could do with this… You see just how much surveillance there really is.”