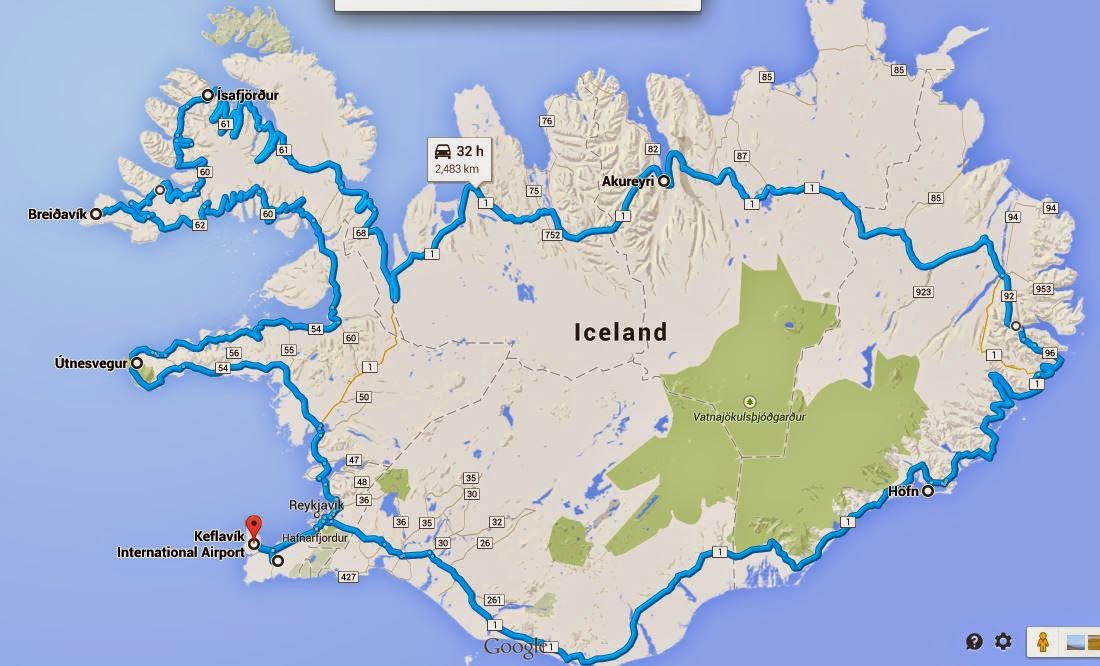 Icelandic avant-rock band, Sigur Rós hailing from Reykjavik, Iceland in 2016 created this 24 hour long format, slow tv production called Route One intended to be broadcast live on BBC4 as well as Youtube.com. The band created this television event to accompany the release of their then newly released single, ‘óveður’. In this live-streamed youtube production, the band travels on the longest day of summer in Iceland, traversing route one, a road spanning around the entirety of Iceland’s 1332km Ring Road.“the soundtrack to this “slow tv” adventure was created using generative music software taking the multi-track stems of the sigur rós song ‘óveður’ and endlessly reinventing them to create new and unpredictable musical directions in real time.” (1) This meant that over the duration of the 24 hour TV event, the sounds heard, like the scenes filmed, would never be repeated exactly. The soundtrack was produced in a generative music software called ‘Bronze.’

Accompanying the 24 hour-long song, was the equally important 360 degree footage capturing the entirety of the visible landscapes at any given point while on the road. This access to 360 degree views from a remote location allows the viewer/listener to telematically transport themselves to the location of the bus at any given moment on its journey. This dynamic of the piece exposes art’s ability to exist in several different modes simultaneously. Firstly, Route One can be observed statically, from the comfort of the home on a stationary screen. This method allows the viewer to take a more passive mode of spectatorship that lets the experience present itself in a more ambient and atmospheric form. Secondly, the spectator may choose to access Route One in a much more dynamic manner, as it is an interactive piece that can be manipulated digitally to perceive the work from different angles and perspectives utilizing the 360-degree camera angles.

Erkki Huhtamo is referenced in Art Electronic Media stating, "The user is invited to travel, but not simply up and down the shaft of time, as if encapsulated in a chronographic elevator. Instead, the traveler navigates in a much more complex realm of past-present and present-past, in which layers of time overlap and associate with each other…" Route One shares a very similar function. The 360-degree camera introduces an interactivity with the piece that grants the viewer opportunity to observe the piece that is both moving and simultaneously static repeatedly in different perspective. The sheer duration of the art piece, visually and sonically, allows Route One to be observed in a near infinite amount of perspectives. Long-format television was created in hopes of removing the average citizens from the fast paced, hustle and bustle of modern society and placing them in a more meditative and trance-inducing state, witnessing and experiencing, second hand, the outside world. 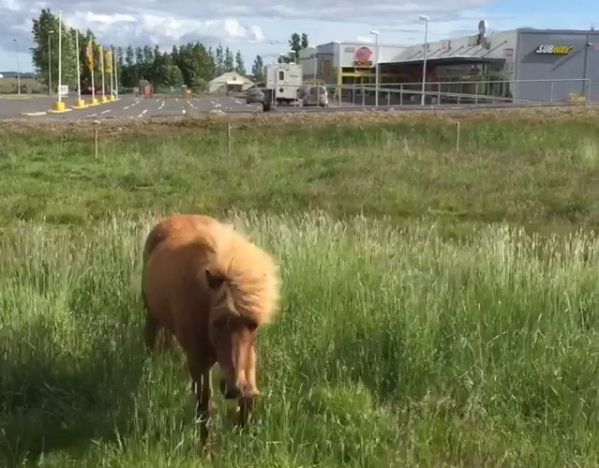 Sigur Ros’ Route One accomplishes this feat, leaving viewers in awe at the mysterious vastness of the Rim Road’s chilling and empty landscapes, while at the same time utilizing new technologies to invite viewers to explore this empty vastness and uncover hidden gems caught with the camera’s gaze. One such gem was the Icelandic horse that gained short internet fame in the most majestic fashion.(2)

3 thoughts on “Route One”