Allen created all visual material for the 1986 album Electric Cafe by the German group Kraftwerk including the classic, award-winning music video, Musique Non Stop. . This work involved the development of state-of-the-art facial animation software in order to bring the virtual mannequins to life.

This work is acknowledged for its unique aesthetic from both fine art institutions and popular culture venues. It was aired frequently on MTV, VH1 and other international music video programs while also exhibited internationally in galleries and museums. 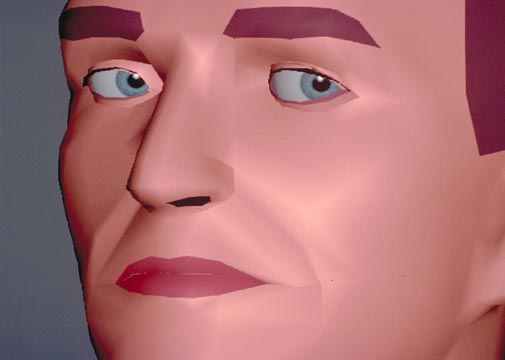 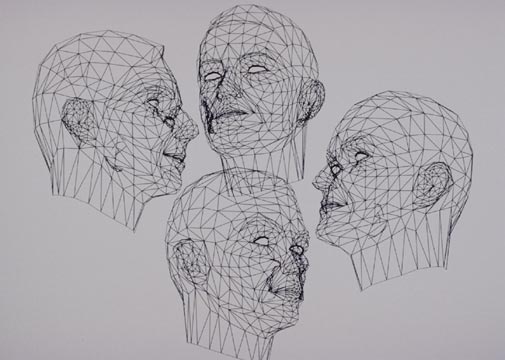 The music was generated, recorded and mixed on analog and digital equipment and transfered to the digital master. It was the first Kraftwerk album in CD format. The tracks “Boing Boom Tschak”, “Technopop” and “Musique Non Stop” formed a sequence of tracks, an idea that would be used a lot in the DJ culture mixing technique. The use of samplers made the treatment of voices more sophisticated, incorporating them into the rhythm and melody at the same time. Boing Boom Tschak is in fact pure sound-poetry and electronic-funk, followed by the synthetic voices and sound-collages of “Music Non Stop”. The mix of this album was done by Francois Kevorkian in New York.

The changes did not only occur in terms of digital sound, Kraftwerk also digitized their own images. The cover of “Technopop” showed the digitized faces in computer graphics, developed at the New York Institute of Technology. The video of “Music Non Stop”is a tremendous example of virtual modeling and was created by Rebecca Allen and the team of NYIT Computer Graphics Laboratory. The pioneering work of developing these 3-D computer animations took more than two years to be completed.