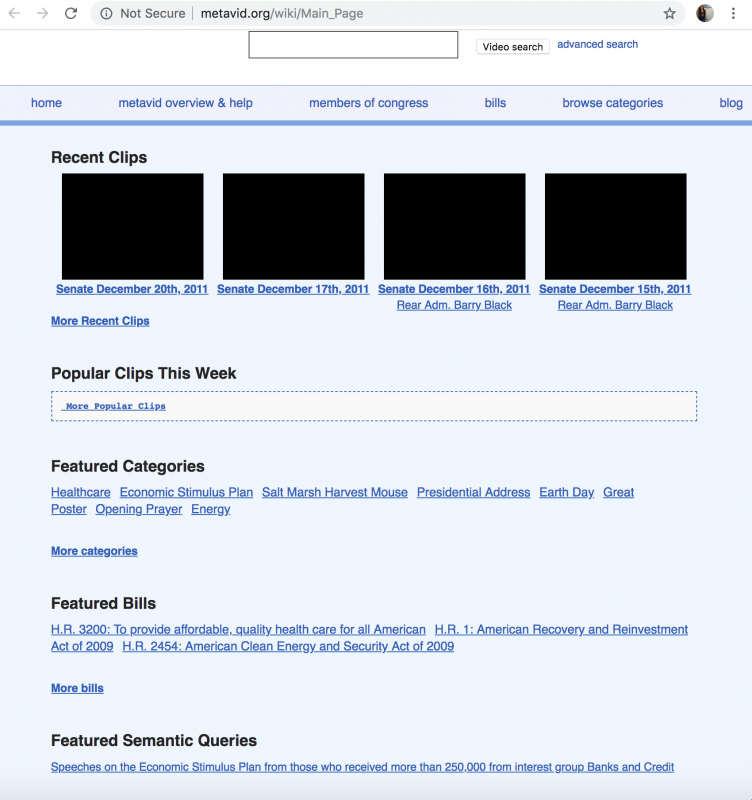 Metavid is a free-software site that hosts United States public domain legislative footage. Through closed-captioning text from a “simple Linux box”[1]that records “everything C-SPAN shoots,”[1] Metavid can provide “brief searchable clips”[1] of legislative footage. Online communities can engage with the audio and video media archives which are not usually viewed by the public but told second hand through other media outlets. Metavid captures a non-bias recording of legislative meetings so that the people can draw their own opinions and ideas. The close-captioned text allows users to quickly and easily search through the thousands of hours of archived footage so that all the related media appears in the search results.

Currently, Metavid hosts the “largest free and reusable archive of house and senate legislative footage”[1] which is made available through a partnership with archive.org. The online platform was launched in early 2006 under the advisement of University of California Santa Cruz’s Professor Warren Sack for Michael Dale and Abram Stern’s Digital Arts and New Media MFA thesis project. Metavid sparked interest in the United States House and Senate, and in 2010 the House launched their own online media content source following the Senate’s launch in 2011.