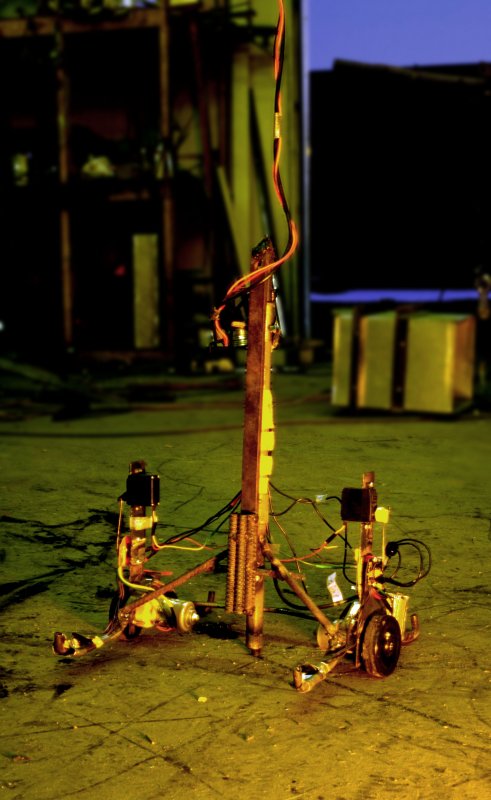 “iNTERFACE is a telerobotic installation piece by Canadian artist Garnet Hertz. On a fundamental level, its primary goal is to create an inexpensive low-tech telerobotic machine that is controllable through the web.

Beyond only producing a web-interfaced machine, it is in the artist’s intent to explore and generate theories of digital space and experience — especially the interface between digital interaction and physical output. The machine is fully operational offline. The project has been actualized, and further research by Garnet Hertz is continuing with more web-controlled machines.

The machine mark-makes on a floor surface, and is watched and controlled by an overhead camera. To view images made by the operational machine, visit. The project was actualized in an online connection for roughly four hours in april of 1996.

The current design of the system was based on this sketch to the above right. Using a camera that hangs from the ceiling, the drawing-machine scuttles below. Also pictured to the right is an image of the actual device system.” [1]