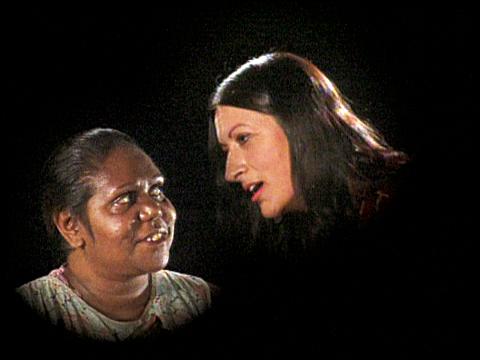 Frontiers of Utopia» is the final part of an interactive series exploring the «history and nature of idealism, technology and design». In the first two parts, «Machinedreams» (1991) and «Paradise Tossed» (1993) the relationship between desire, design and memory was explored in a stylised and dreamy manner.

The viewer was able to construct a collage of sounds and images from 1900, 1930, 1960, 1990 by moving through both real and virtual space, their movement triggering sounds or by using icons on a touch sensitive screen. In this way they became time travellers, making interesting associations as well as learning about history in a new way.

«Frontiers of Utopia» presents the viewer with the politics of the ideal society from the points of view of eight different female characters from these same time zones. «Frontiers of Utopia» creates and illustrates the various moods, criticisms and attitudes toward Utopia along with the articulation of these eight characters and their views about society. In doing so, it presents a rich tapestry of ideas, attitudes, locations and historical perspectives.

The work has a theatrical Brechtian nature, as the viewers can speak to the virtual characters about the struggles of workers, the plight of students, the relationship between women and the attitudes toward the implications of media and technology. Its epic sweep is impressive, traversing as it does decades and continents and drawing parallels between periods and locations based on shared class and gender.

In the installation the viewers can move interactively through the four time zone layers of «Frontiers of Utopia,» via touching icons and objects in the space as if they were time travellers. In another part of the installation they can attend a virtual dinner party where all the characters and their personal objects are available for comparison. 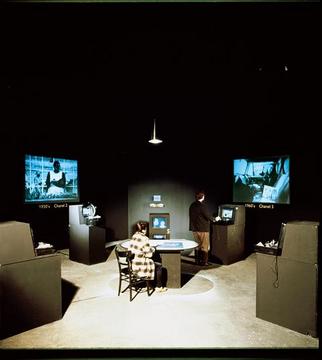