Around the turn of the century, artist Carsten Höller set out to create a work of art meant to challenge our perceptions of reality through coded sequences of light and spatio-temporal illusions. His immediate goal in creating the piece was to blur the lines between spectator and performer within a work of art, while instilling a deep feeling of doubt inside us.

The installation begins as a single hallway of light, which subsequently divides itself into two paths, each of which is individually illuminated by either yellow or green lights. Once the spectator chooses a path, they will be presented with a multi-level maze of sorts, which combines different sequences of light projection, with moments of darkness, both to challenge our perceptual framework and our understanding of the spatio-temporal framework which we reside in. 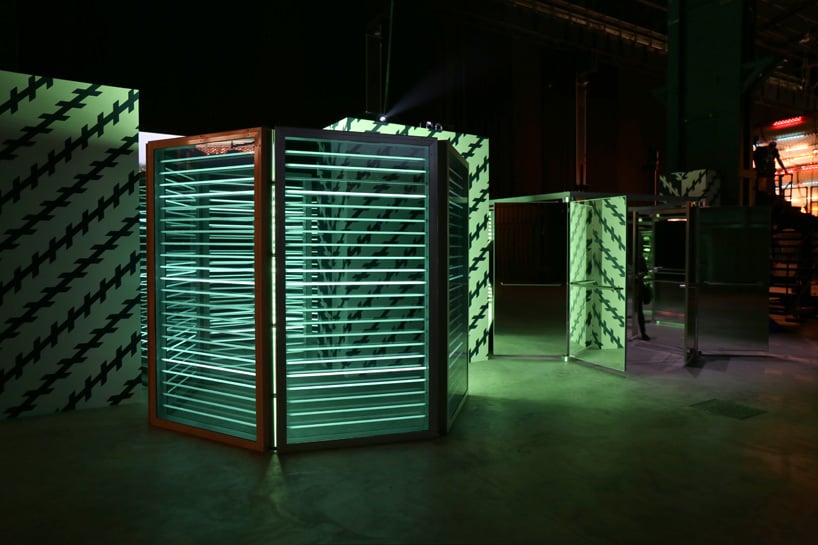 Upon exiting the maze, the spectators are presented with a massive open hallway which showcases the many works that Höller has previously created. Amongst these works are a series of revolving doors and mirrors (left), once again questioning one's perception of reality. Here a series of alternating encoded light strips and reflections of mirrors creating a distortion of space and unity. 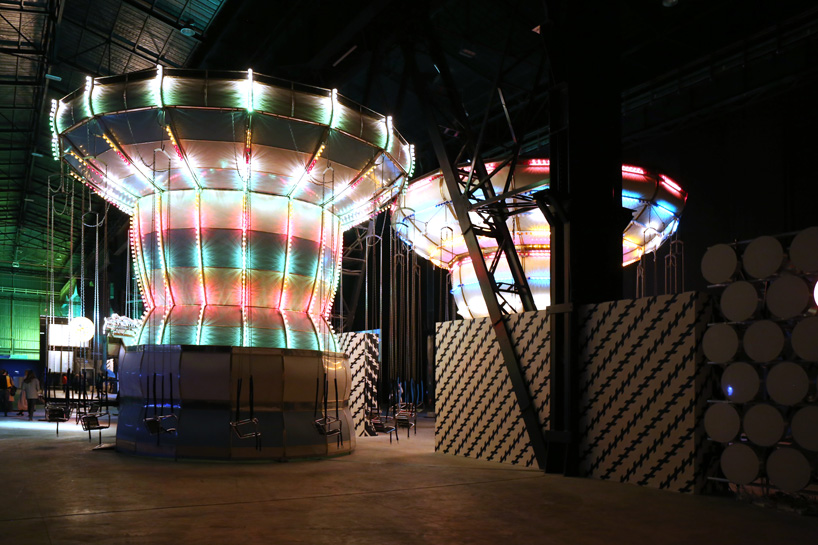 Another large highlight of the work is a set of double carousels which spin in opposite directions at a much slower speed than normal. Upon entry, attendees are invited to wear 'upside-down goggles', which when combined with the effect of the carousel seemingly moving backwards, provide an out of body experience, previously compared to floating in space.

All in all, this massive installation seems absolutely breathtaking. It takes us out of our perceptual comfort zones by defamiliarizing perception, thus creatively instilling feelings of 'Doubt' amongst its viewers.