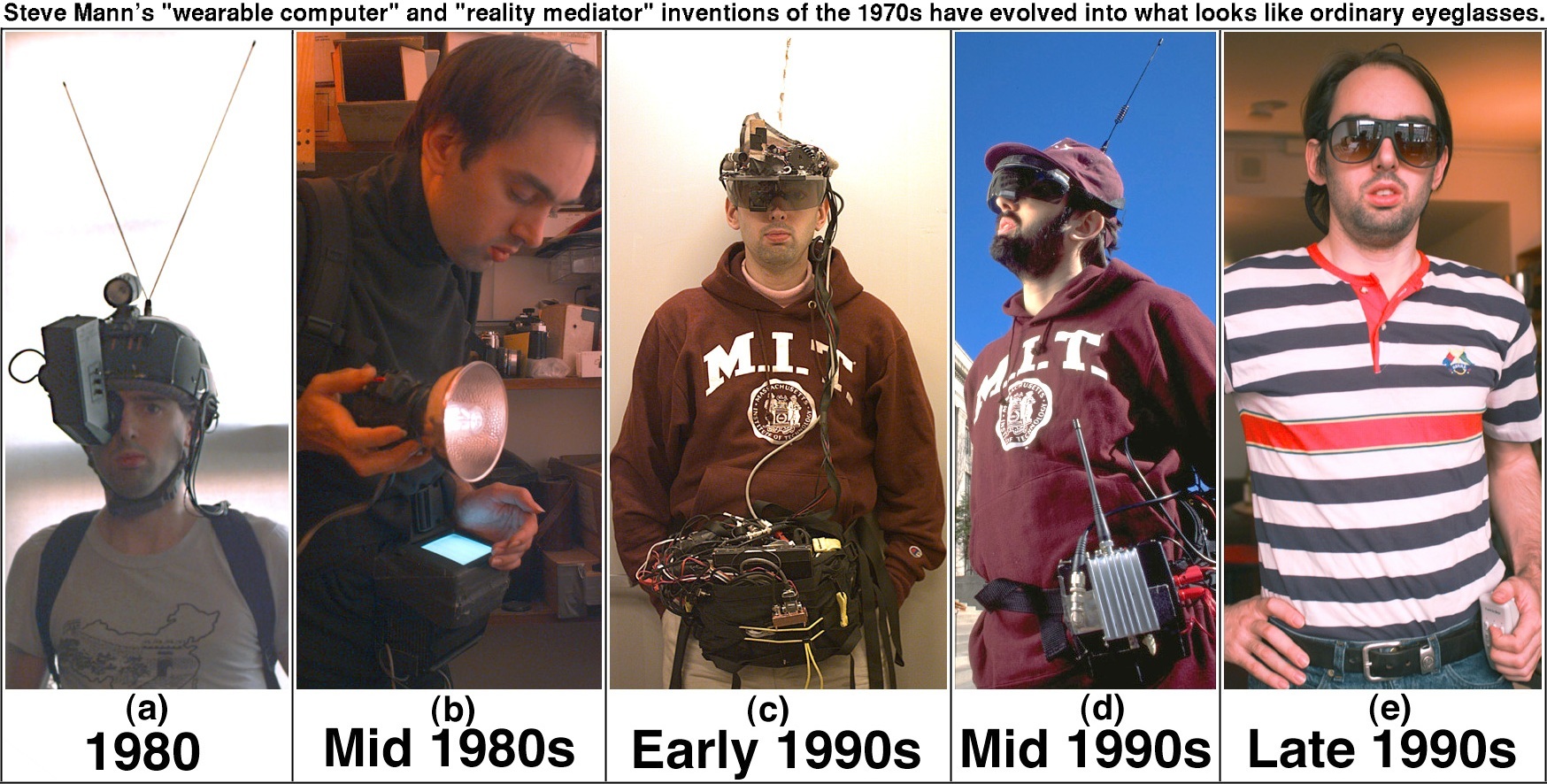 “Steve Mann’s WearComp, or wearable computers, offer one vision of what such a future might be like. Starting in the 1970s with an attempt to develop a computerized ‘photographer’s assistant,’ Mann quickly moved into the larger field of ‘personal imaging’ wherein a pair of eyeglasses, equipped with sensors and screens, gave the wearer the ability to see things that would otherwise be imperceptible. Such input devices were later joined with wearable computers with wireless networking capability that enabled the recording of incoming data, the superposition of information in the wearer’s field of view and the dissemination of these data-streams over the Internet. These devices raise
questions about art, cyborgs and surveillance in an era when augmented and virtual realities are increasingly being incorporated into the understanding of
perception. Mann’s continued work in this field has demonstrated the many
possibilities for wearable computers, from predicting where balls will land on a
roulette table to helping the blind.”[1] 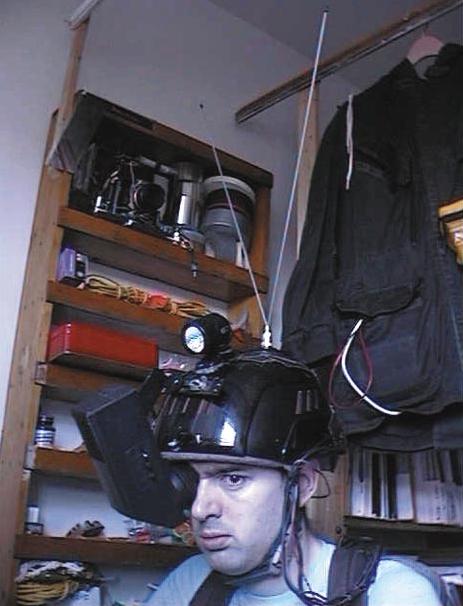 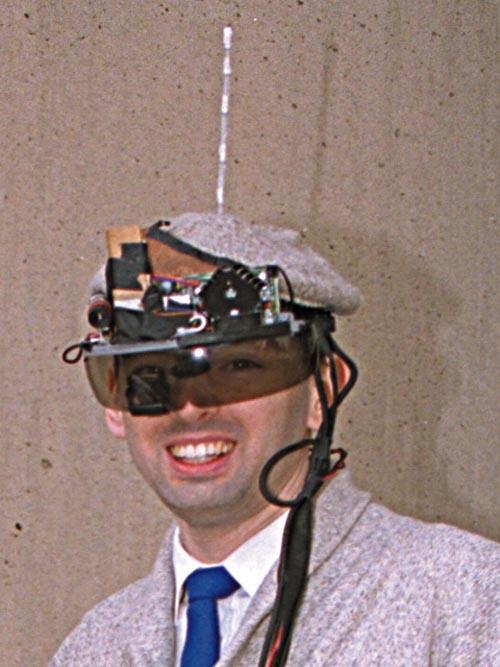 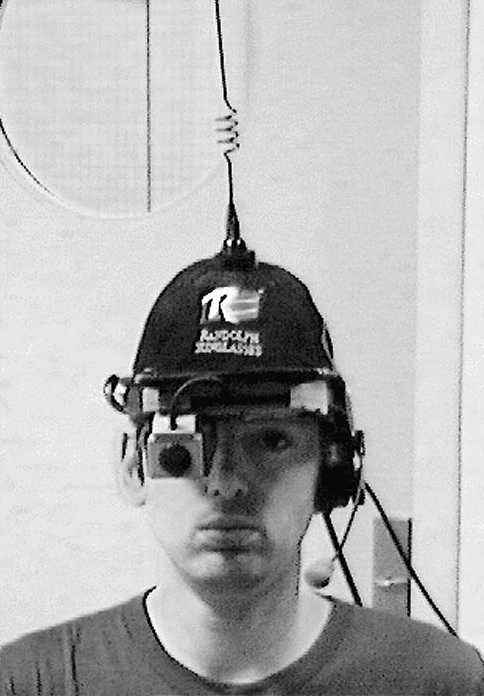 a current, nearly undetectable, prototype consisting of eyeglasses, a handheld control, and a computer worn in back under the shirt